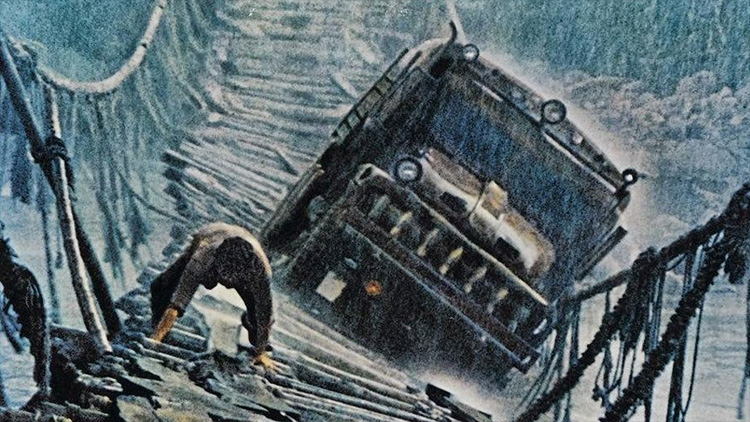 In this Academy Award-nominated cult-favorite film from William Friedkin (Oscar winner for The French Connection) and starring Oscar nominee Roy Scheider (Jaws), several outcasts from various backgrounds and nationalities are thrown together through misfortune and forced to work in an oil-drilling operation in South America. After a fire ignites and burns out of control, four of the captives are given the opportunity to buy their freedom by transporting six crates of unstable dynamite in two ancient trucks through miles of jungle.