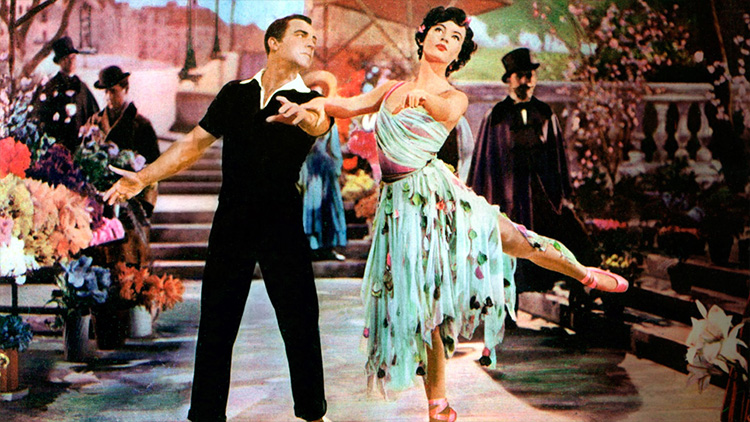 Gene Kelly and Leslie Caron sing and dance to the music of George and Ira Gershwin in this winner of six Academy Awards, including Best Picture. When ex-GI Jerry Mulligan (Gene Kelly) remains in Paris to pursue life as an artist, he is discovered by a wealthy patroness interested in more than his art. But Mulligan falls in love with a French shop girl (Leslie Caron) who is engaged to his best friend.