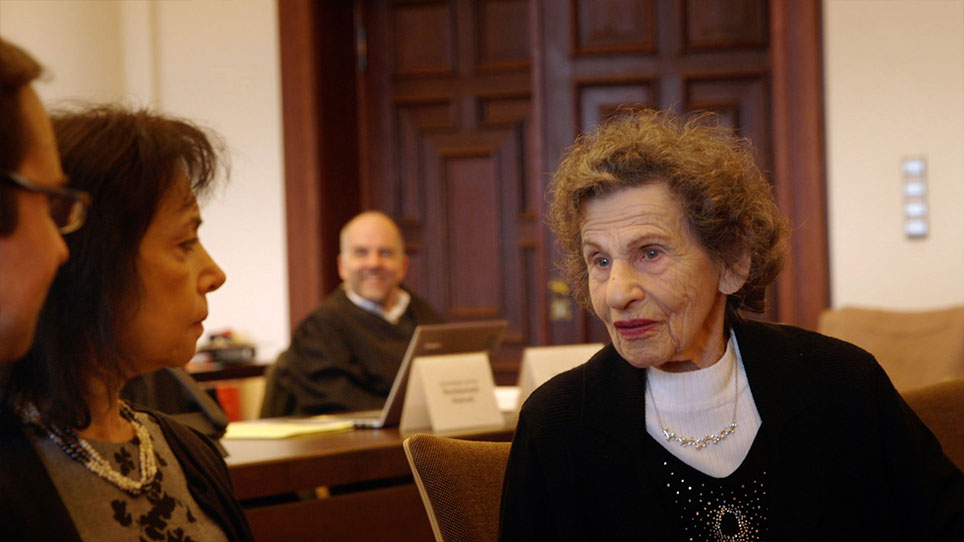 In November 2018, 95-year-old Johann R. stood trial for accessory to murder in hundreds of cases. He is alleged to have been an SS-guard in the concentration camp Stutthof. Why did so many years pass until the start of the trial? And what does the trial mean for the survivors of the Shoah, the German legal system, and the reassessing of German history? The documentary Fritz Bauer’s Legacy examines the trial from the perspective of the Frankfurter Auschwitz Trials, which began in 1963 — almost 60 years ago — after efforts by then-Attorney General Fritz Bauer. Interspersed with stirring and moving firsthand witness accounts of concentration camp survivors, the four years in the making film — translated from German as "Justice Has No Expiration Date" — not only reveals the fascinating history of why it took so long for justice to find its way into German courts, but also effectively illustrates the significance of a future without organized mass murders and flagrant injustices.

The special premiere event will feature the attendance of writer/director Isabel Gathof, who will introduce the film and participate in a panel discussion featuring FIU Law Professor Tawia Baidoe Ansah. The panel discussion is hosted by FIU's Annual Holocaust and Genocide Awareness Week.

FIU, Hillel at FIU & the Jewish Museum of Florida-FIU

Isabel Gathof is the founder of Feinshmeker Film, which focuses on documentary films dealing with Jewish topics. Fritz Bauer’s Legacy is Isabel’s second film to premiere at the Miami Jewish Film Festival. Sabine Lamby and Cornelia Partmann developed and co-produced, among others, the feature film "Labyrinth of Lies", which premiered at the Miami Jewish Film Festival and went on to win several international awards.