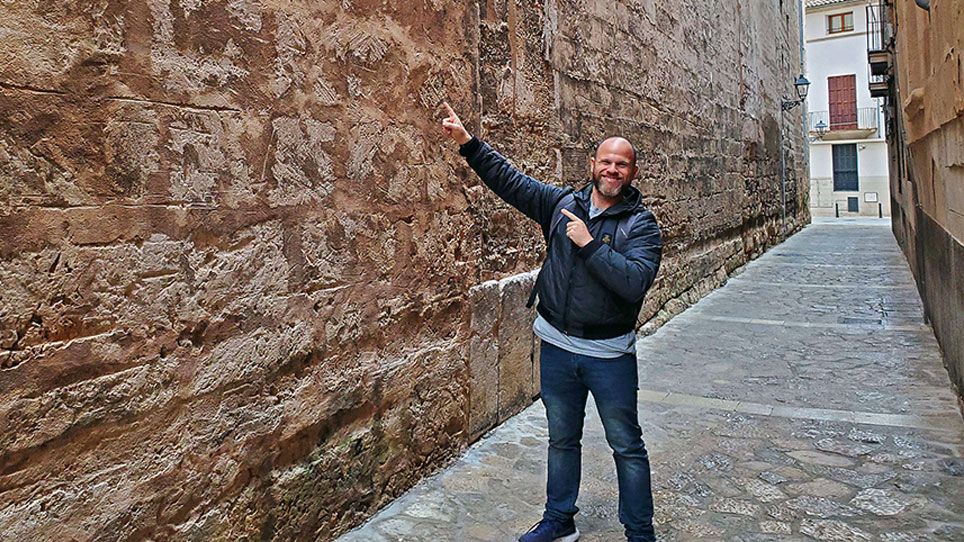 Five years ago, when an American landed in Mallorca, Spain, he soon found himself working to revive the Mediterranean island's Jewish community — surprisingly with the help of families forced to convert from Judaism to Christianity 500 years ago. Before the Spanish Inquisition, the island of Mallorca had a sizeable Jewish community. But that all changed under the Inquisition’s campaign of persecution that began in 1488 (four years before it started on Spain’s mainland) and was only officially abolished centuries later in 1834. Xueta Island explores this fascinating legacy of the Chuetas, a unique group of families on the island who are believed to be descendants of the Mallorca's Inquisition-era Jewish population. Historians believe the Chuetas were forced to renounce their Judaism by the Catholic Church at the beginning of the 15th century in the years leading up to the Mallorcan Inquisition. These families were given the choice to either convert to Catholicism or face certain murder — they were not offered exile. In this film, the story of Mallorca unfolds by following Dani Rotstein, a Jewish-American ex-pat who moved to the island in 2014. He guides the viewer through Mallorca's Jewish history, using discoveries from his ongoing investigation to try to figure out all the pieces of this compelling puzzle.

Felipe Wolokita is a graduate of the Film and Television Department at Tel Aviv University. He has been working since 2012 on the production and filming of documentaries, as well as on content for media and international agencies. He is originally from Rio de Janeiro Brazil and immigrated to Israel in 2007. Dani Rotstein is a content producer, entrepreneur, and storyteller. He settled in Majorca in 2014, after years spent traveling the world producing advertisements for large commercial firms. He co-founded founded “Jewish Majorca,” an initiative that offers historical tours of the old town of Palma and organizes constant social events to promote Jewish activities on the island. Ofer Laszewicki is a multimedia journalist with a master’s degree in International Politics from the Pompeu Fabra University in Barcelona. He is currently an editor and announcer on the program “Kan in Spanish” of the national radio of Israel and correspondent for the newspaper “La Razón” (Madrid).

English and Spanish with English subtitles