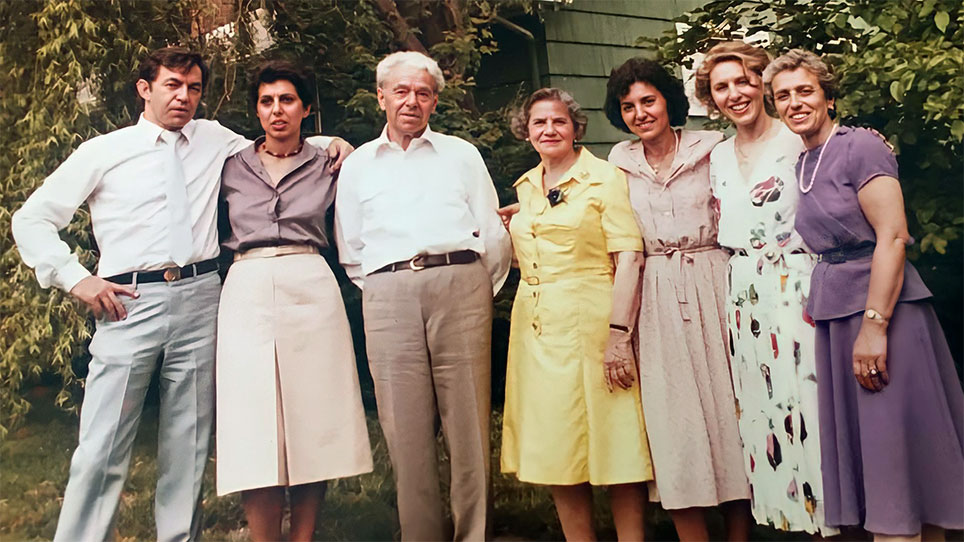 This harrowing and inspirational film traces the story of the Neiger family, one of the only families to escape and survive the Holocaust together. Showing old photographs and newspaper clippings, along with historical and archival film footage, the family takes turns sharing their recollections of one of the most terrifying experiences in history. They described living a peaceful life in a tight-knit Jewish community in Krakow, Poland, before the Nazis invaded and changed their lives forever. The siblings, consisting of Basia, Tosia, Hanka, Ben, and Cesia, recalled how their parents, Herman and Sarah, “miraculously” saved the family, helping them to escape the ghetto in 1943. As all of their friends and family were being murdered, their parents decided that they would choose the way they died if they indeed did not survive. Their mother said, “We will survive together as a family or not at all.”

Accompanying the film premiere is a discussion with director John Rokosny and moderator Dr. Miriam Klein Kassenoff, founding director of the University of Miami Holocaust Teacher Institute and the Education Specialist for Holocaust Studies for Miami-Dade County Public Schools. To view the conversation please click here.

John Rokosny is the founder of the production company New York Music & Video. He has produced two feature documentaries for television, The Last Poets for Bravo Network and 7th Inning Stretch for ESPN, the latter featured Bruce Springsteen among many other baseball and Rock 'N Roll stars.