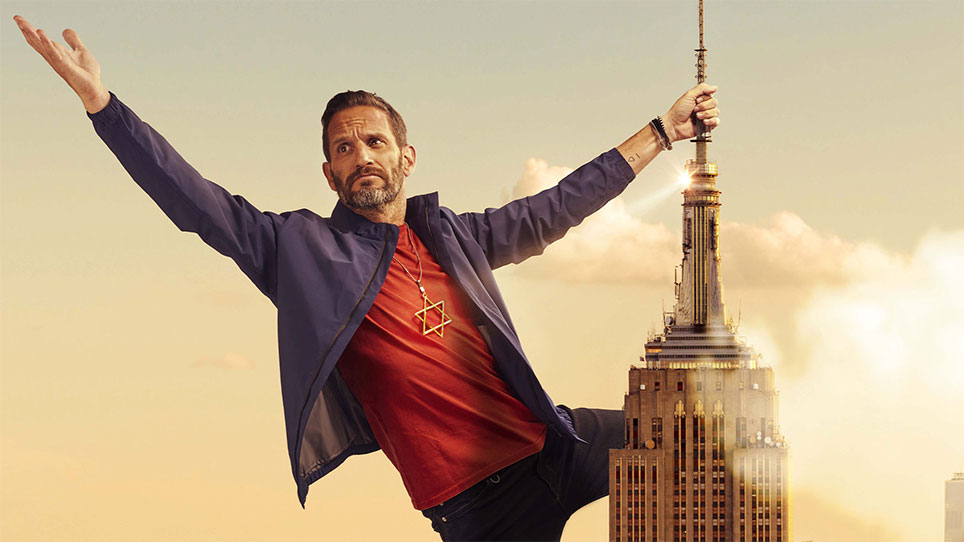 Ever wonder how Israelis perceive American Jews? The New Jew is a four-part mini-series produced for the Public Broadcasting Corporation of Israel and hosted by one of Israel’s most popular comedians and TV personalities, Guri Alfi (also stars in MJFF's hit Israeli series The Chef). In the summer of 2018, Guri and his family moved to the United States. Like many Israelis abroad, he found himself experiencing an identity crisis, questioning what his Jewishness looks like outside of the Jewish State. The series follows Guri as he embarks on a journey across North America, exposing viewers to some of the most vibrant and creative expressions of Jewishness today through his eyes. He discovers a “Judaism” that is pluralistic, multi-cultural, and packed with promise. In meeting with female rabbis, observing the Sabbath in the most unlikely places, and hearing the perspectives of recent converts and young Jews of color, Guri introduces the Holy Land to what he calls the “New Jew.” Fast-paced, hilarious, and deeply insightful, The New Jew is a spirited, and ultimately hopeful, journey through modern American Jewry.

Daniel Adar is a filmmaker based in Israel. He has directed several notable Israeli TV shows, including A Wonderful Country and Hakol Tom, among others.