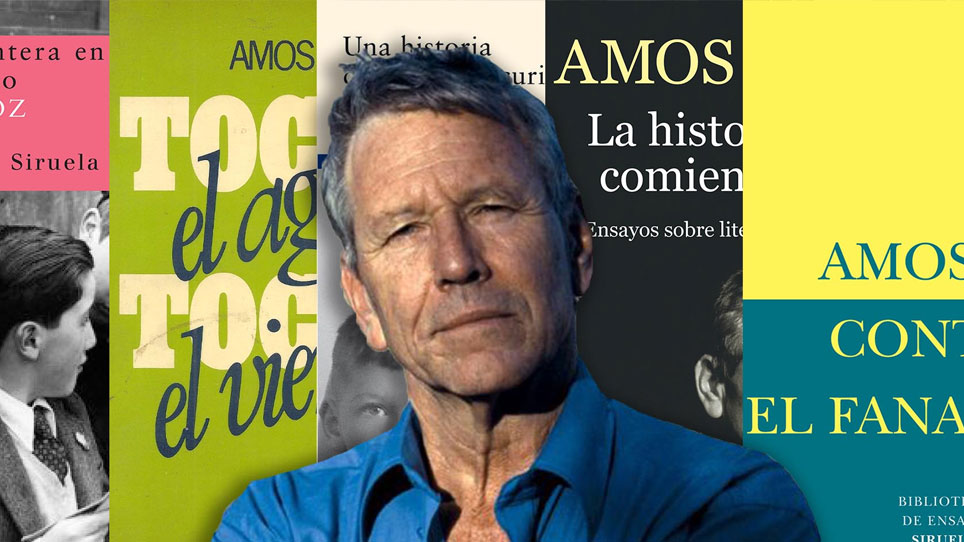 Born Amos Klausner in 1939, Amos Oz was an Israeli writer, novelist, journalist, and intellectual who was the author of 40 books, including novels, short story collections, children's books, and essays. His work has been published in 45 languages, more than that of any other Israeli writer, and is regarded as one of "Israel's most prolific writers and respected intellectuals." Yet, behind the international success story of Amos Oz lurked a tumultuous personal life. When he was 12 years old, his mother died by suicide. Several years before his death, his daughter ended all communication with him after accusing him of being violent. Through a series of conversations with his latest biographer and a tapestry of biographical passages, literature, and conversations with significant people in his life, Amos Oz tells his last story.

Accompanying the film premiere is a discussion with director Yair Qedar and moderator Rabbi Jaime Aklepi, past president of the Greater Miami Rabbinic Association. To view the conversation please click here.

Yair Qedar is an Israeli filmmaker and a civil-rights activist. During the last two decades, he has directed and produced more than 20 documentary feature films and series. In 2015, his film Bialik: King of the Jews received its North American Premiere at the Miami Jewish Film Festival. This year Yair has two films premiering at the Festival, Last Chapter of A.B. Yehoshua and his acclaimed documentary on Amos Oz, The Fourth Wall.