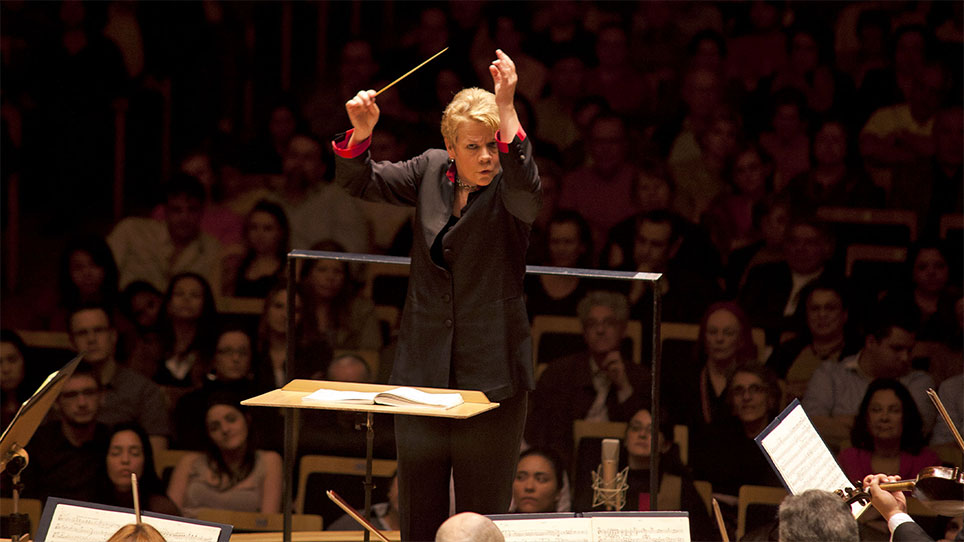 Internationally renowned conductor Marin Alsop smashed the glass ceiling when she became the first woman to serve as music director of the Baltimore Symphony Orchestra, the São Paulo Symphony Orchestra, and the Vienna Radio Symphony Orchestra. Born into a musical Jewish family in New York, Marin set her sights on becoming a conductor at just nine years old while accompanying her father to one of Leonard Bernstein’s Young People’s Concerts. This exhilarating documentary gives us a backstage pass to the artistry and energy that rewards her audiences and inspires her students today. The film tells Marin's story through a combination of intimate interviews and shared moments in Maestra’s professional and private life, encounters with cognoscenti in the music world, unseen archival footage with her mentor Leonard Bernstein, and vérité scenes of Marin teaching the next wave of conductors who, like her, were being excluded from the classical music canon. Ultimately, The Conductor is a triumphant film about overcoming discrimination and realizing one’s talent against all odds.

Bernadette Wegenstein is a filmmaker and professor of media studies at Johns Hopkins University. She holds a Ph.D. in linguistics and romance languages from Vienna University and authored several books on media studies and body theory.