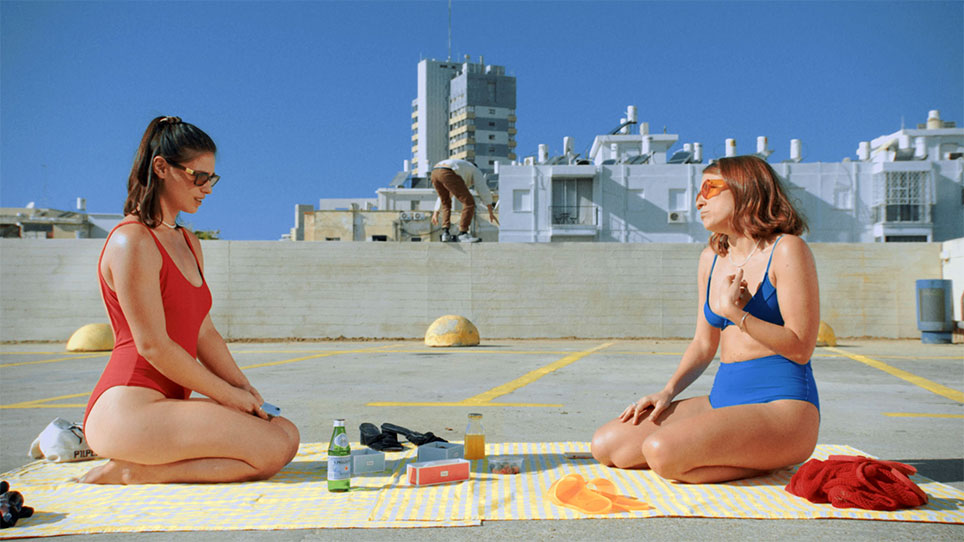 A showcase of some of the most exciting and thought-provoking short films from Israel featuring stories from established filmmakers and new emerging talent.

A melancholic bachelor in his 30s who has trouble taking responsibility is asked to take care of his eight-year-old nephew.

A fantasy short about a young boy who loses his father to the ruthless sea. Years later, his imagination starts to get the best of him, as he escapes the sadness of reality for the wonders of his dreams where he can be close to his father again.

A short film about two Abraham Walkowitzs: both were born in eastern Europe at the end of the 19th century, one of them arrived in Brooklyn and became a painter; the other arrived in Israel and passed away prematurely. Unexpectedly, their stories cross paths in today's Tel Aviv Museum of art.

Fourteen-year-old Maya steps into a more protective role towards her younger brother with special needs instead of seeing this responsibility forced upon her.

Itamar, a depressed young man, returns to his childhood home in the suburbs following a mental breakdown. As he struggles to get better under the care of his quirky and overprotective mother, old tensions about his sexual orientation arise — especially when he meets Ronen, a handsome lifeguard who urges him to confront his body image issues.

A family of four are driving through the desert on their way to a holiday feast when the father's love of a song, and his desire to share it, ignites a squabble that reveals the tenuous nature of their family harmony.

Like lost girls on a winter's day, Alona and Hagar ramble through the streets of Haifa. One is escaping her life, the other her future.

In this comedy, an imaginative young loafer discovers that her mom is secretly visiting in her town, so she calls up her brother and together they try to find out what their mom is hiding.

To find reconciliation and restore peace to his life, an embittered, grieving father must learn to forgive, in this understated, yet heart-wrenching tale imbued with a potent message.

In this short chronicle of Tel Aviv, the stories of two homeless women, two local it-girls, and one suicidal man on a sunny morning all converge.