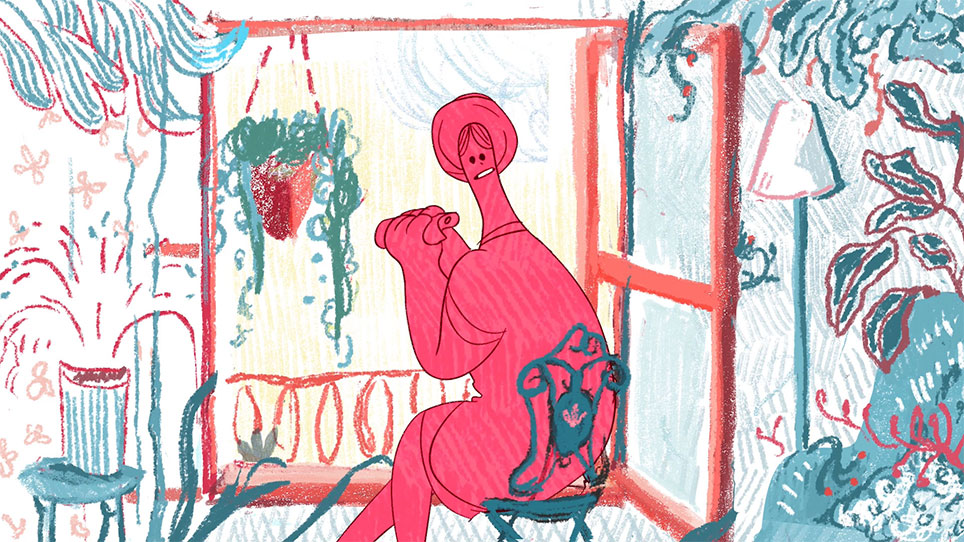 A special spotlight featuring some of the most visionary and stunning animated short films from Bezalel Academy of Arts and Design's new emerging talent.

A mixed-media animated film about man's eternal efforts to lose his animal self.

Yoni is a little girl who lives in a kibbutz. She doesn't cope well with communal living and misses sleeping with her mother. After bedtime one night, monsters show up in the room and Yoni runs away on an adventure that will push her to confront and overcome her biggest fears.

In this 2D animated film set in ancient Greece, an artist finds himself trapped inside the Trojan horse and has to go to war.

In a town where the adults live on the ground and children refuse to come down from the treetops, this film sets out to discover what is it exactly that the generations misunderstand about each other.

It’s the hottest day of the year and Jerusalem is being blanketed with a scorching heatwave! In the city center, three flatmates live in blissful ignorance under the cool caress of their air conditioner. But when the AC breaks down, one person must venture outside to find a new battery, and discover how to survive the heatwave and stay human.

This animated film — created by using charcoal — tells the story of a child who comes from a troubled home.

It’s nighttime. Lola is sitting by her bedroom window looking at her reflection after an argument with her partner. In the middle of the night, she sets out on a journey into her inner world through a dream and returns to reality with new understandings, following an encounter with a mysterious bird.

An old woman sits in front of a houseplant on a windowsill and listens to her son and his wife arguing.

A girl with social anxiety arrives for her first day in kindergarten. Everything and everyone feels threatening. At first, she encloses herself in a safe space drawn with a piece of charcoal, but then tries to go out and play, adjusting and adapting to her new surroundings.