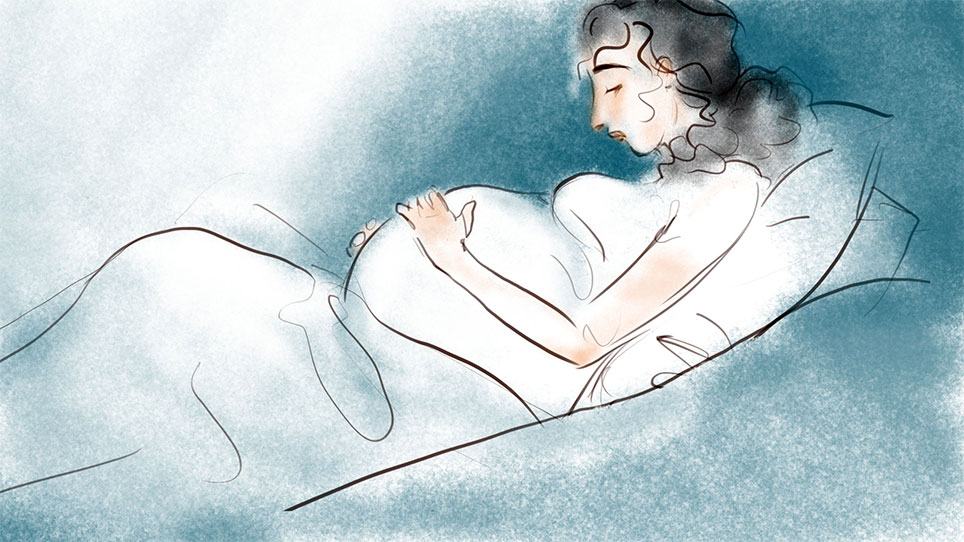 A showcase of some of the most visionary animated short films from Israel, America, and around the world featuring films from established filmmakers and new emerging talent.

The story of 26 Jews who went into hiding following the elimination of the Minsk ghetto. For 263 nights, they lived together in a shelter that for many of them ultimately became their grave. This film is based on the true stories of children who survived in that basement.

Based on the new story by internationally acclaimed Israeli writer Etgar Keret and featuring narration by Molly Ringwald, A Brief History of Us is the story of a couple who have gone so long together that they almost became one.

A stunning, animated film depicting the inner dialogue of a woman converting to Judaism as she first undergoes the mikvah process.

An animated documentary reflecting on the filmmaker's parent coming out as transgender and how their relationship evolved, as told through domestic spaces, intimate objects, and a shared birthday.

The granddaughter of Israeli film pioneer David Perlov, Alma Ben Zeev, created this intimate animated short film as a response to her own unexpected side effect of pregnancy: bad dreams.

In this bitter-sweet animation adapted from a story by acclaimed Israeli writer Etgar Keret, a lonely fisherman has to choose whether to keep the last wish his goldfish gave him and become a killer, or use it to save a stranger’s life but then to lose the only thing that matters.

This unique, animated film touches on grief and the need to find reconciliation with the loss of a loved one, as well as the wonder of dreams that can inspire a sense of hope and promise.

This animated short film profiles the remarkable history of Eberhard and Donata Helmrich, who together saved the lives of countless Jews during the Holocaust.