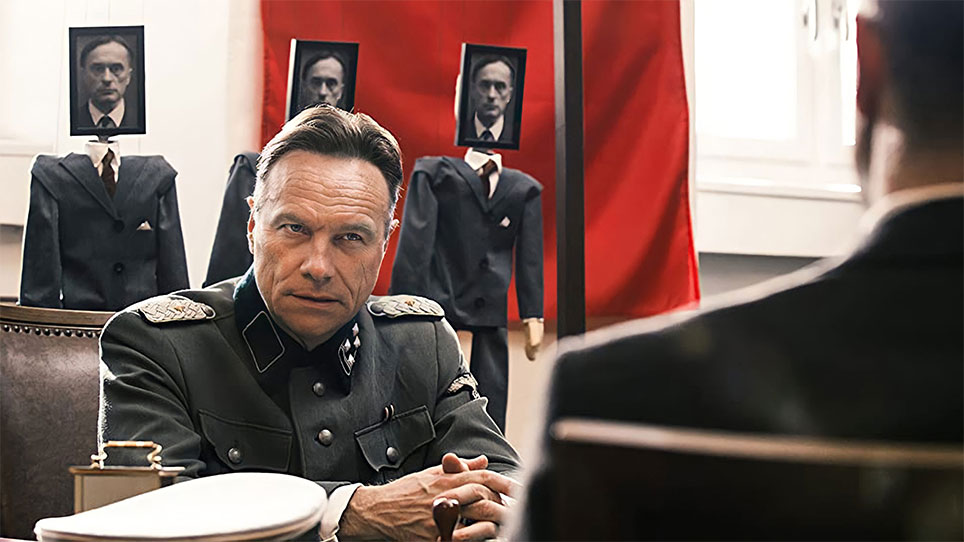 The walls literally close in, along with the frame, in this powerful drama about a desperate man who sees no way to escape the tyranny of the Third Reich. The renowned writer, journalist, and poet Jochen Klepper lives with his Jewish wife and his stepdaughter (who is also Jewish) in Germany and is considered one of the most significant hymnists of the 20th century, but that doesn’t shield him from an existential conflict with the Nazi system. In late 1942, his wife and stepdaughter are refused permission to leave the country, and their deportation to a concentration camp appears imminent. When Adolf Eichmann forces him to choose between his career and his marriage, Klepper makes an unheard-of decision: a decision that thousands of Germans in mixed marriages made with him.

Accompanying the film premiere is a discussion with director Benjamin Martins and German Consulate General in Miami Andreas Siegal. To view the conversation please click here.

Consulate General of Germany in Miami

Benjamin Martins is an actor, writer, producer, and director based in Germany. He has also appeared in the popular TV series Castle Einstein. Shadow Hour is Benjamin's second feature film.