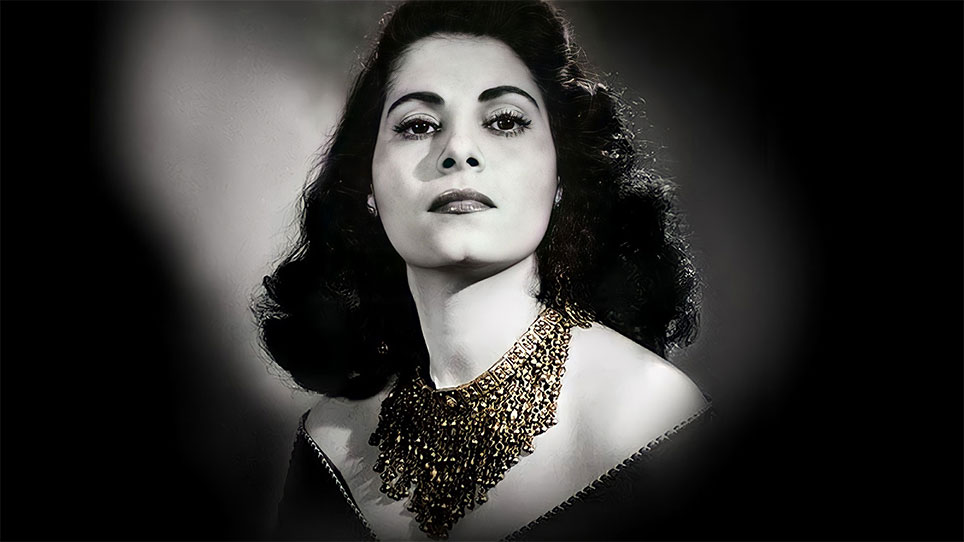 Music lovers are in for a treat with the acclaimed Israeli documentary Queen Shoshana, a film that tells the life story of the late Shoshana Damari, a singer who became an icon and a national treasure. The Yemen-born Damari, who moved to Palestine with her family as a toddler in the 1920s, came of age with the State of Israel, never hiding her origins. She played up her dark beauty (which many found exotic), the songs and dance traditions with which she grew up, her accent and the Yemenite costumes and jewelry that she often wore, while she built a career as an international singing superstar. She became known as the Queen of Hebrew Music — much as Aretha Franklin was known as the Queen of Soul in the US. This film showcases her music through rare clips that present her singing her most acclaimed songs, including “Kalaniyot” (Anemones), the song for which she was best known. Queen Shoshana also traces the development of Damari’s musical career as it remarkably parallels the development of the Israeli music industry. Already an emerging star during the War of Independence, she performed for the troops — the first of many times she entertained in war zones — and also went to Cyprus, singing in Hebrew and Yiddish at a displaced persons camp. This first-ever film about the first Israeli diva tells the story of the woman behind the crown, the cloak, and the legend.

Accompanying the film premiere is a discussion with director Morris Ben-Mayor, editor Shauly Melamed, and moderator Dr. Jeffrey Weinstock, professor at the University of Miami. To view the conversation please click here.

Kobi Farag is an actor and director based in Israel. He has had numerous roles in TV, comedy shows, films, and theater. In 2016, his feature film debut, Photo Farag, was nominated for the Israeli Academy Award (Ophirs) for Best Documentary Film. Morris Ben-Mayor is an editor and director based in Israel. Over the last ten years, he has edited a dozen documentary feature films. In 2017, Kobi and Morris launched Ben Mayor & Farag, a studio dedicated to producing documentary films.