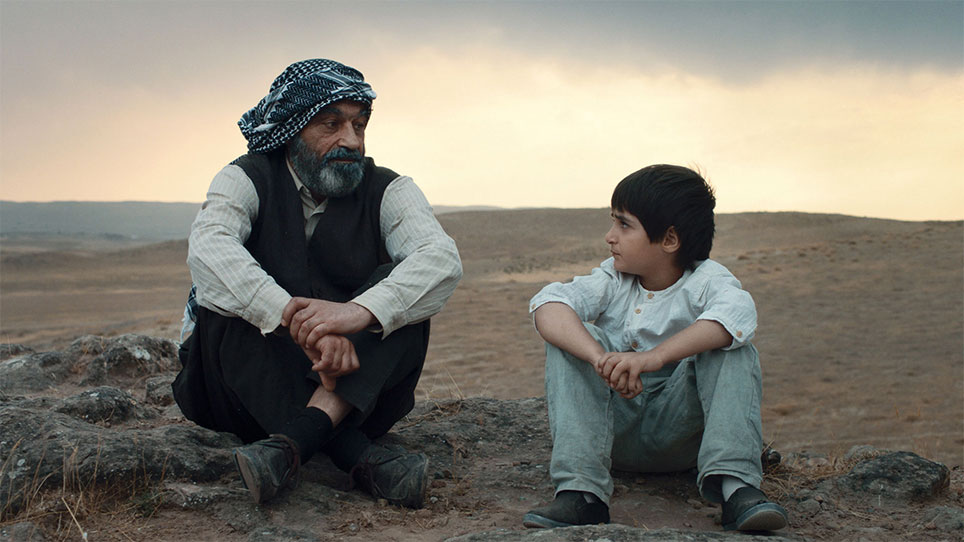 Set in the 1980s in a small Kurdish village in northeastern Syria, Mano Khalil’s masterful film, which was inspired by his personal life story, comes to life through the eyes of its endearing young hero, Sero, a six-year-old whose vivid recollections transport us to a world both sad and beautiful, innocent and full of pain. Determined to eliminate all remnants of Kurdish cultural identity in his students, Sero’s new grade schoolteacher instills the tenets of Arab Ba’ath Party nationalism. While some of his classmates come to embrace their teacher’s enthusiasm for fascist ideology, Sero continues to dream of better ways to spend his time. He would much sooner watch his favorite cartoons or spend time with his uncle helping his Jewish neighbors on the Sabbath. While life at school grows increasingly intolerable for Sero, nothing could prepare him for the pain that was still to come under the new totalitarian leadership. With stunning cinematography, a heartrending screenplay, and exceptional performances by a cast of professional and non-professional actors, this touching coming-of-age drama shares bitter-sweet memories that connect the Syrian tragedy to the present.

Accompanying the film premiere is a discussion with director Mano Khalil, actor Jay Abdo, and moderator Dr. Henry Green, Professor of Religious Studies at the University of Miami and Executive Director of Sephardi Voices. To view the conversation please click here.

Mano Khalil is a Kurdish-Swiss film director living in Switzerland. He studied history and law at Damascus University and moved to Czechoslovakia in 1987 to study fiction and film direction. Since 1996, he has lived in Switzerland, working as an independent film director and producer. Neighbours is Mano's seventh feature film.