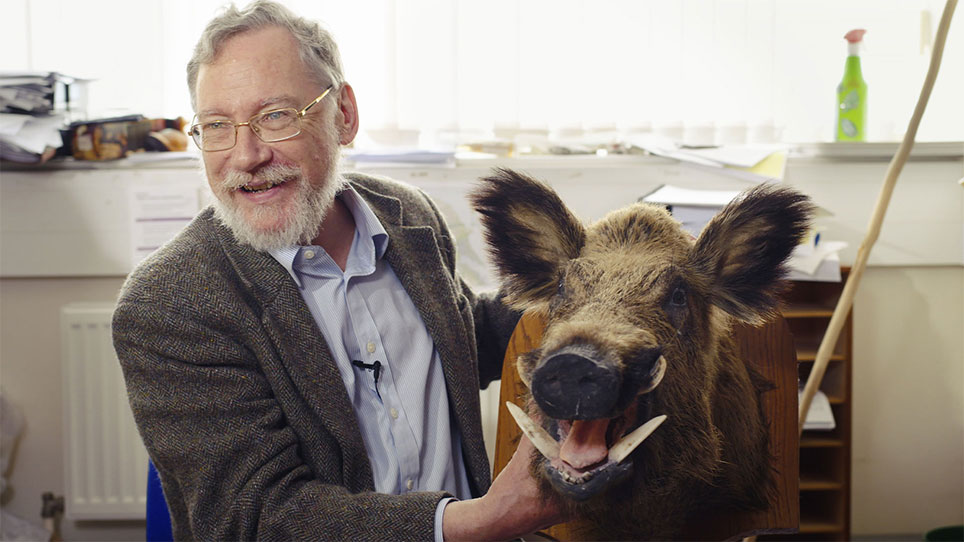 Why is pork a forbidden food for Jews? In a search for the historical roots of the pig taboo, filmmakers Tess & Josh Gerritsen travel around the world interviewing archaeologists, religious scholars, hunters, and pet pig owners. Their journey reveals the many ways this intelligent and complex animal has found its way into religious scripture, onto our dinner tables, and even into our homes. Magnificent Beast is an exploration into both our history as well as the pig’s, a history of conflict as well as mutual dependence that continues until today.

Tess Gerritsen and Josh Gerritsen are a mother/son filmmaking duo. Tess is an internationally bestselling thriller author whose 28 novels include the Rizzoli and Isles crime novels, on which the hit TNT television series Rizzoli & Isles was based. Her books are translated into 40 languages and more than 30 million copies have been sold. Josh spent his childhood making short films, but focused on portrait photography for the first part of his career. Magnificent Beast is their second feature film collaboration together.