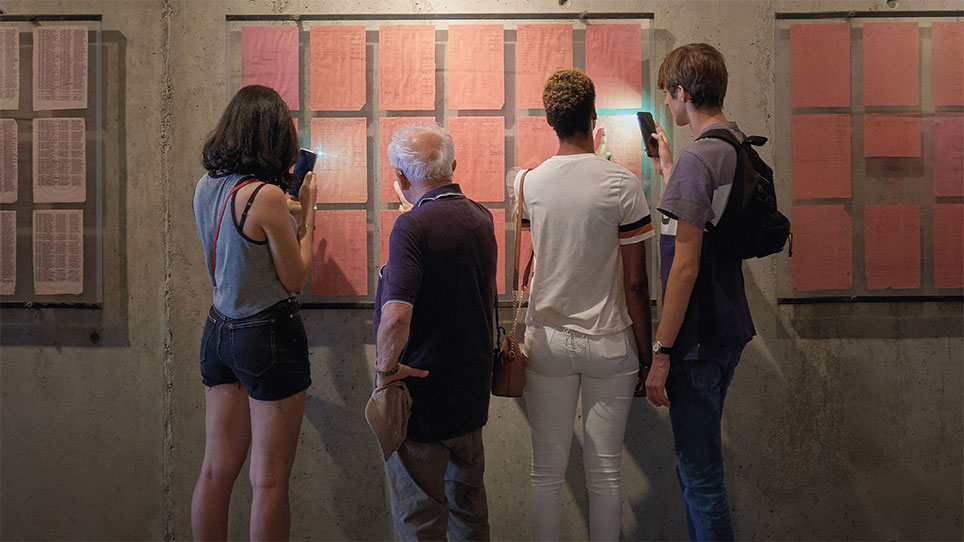 The Living Witnesses is a remarkable documentary that seeks to tie the past to the present: from the antisemitism, racism and Holocaust of the Second World War to the new wave of racism emerging throughout Europe today. The film follows three living witnesses from WWII, survivors of deportation and concentration camps, along with three students from Luxembourg, who have also experienced trauma (though not on the scale of the Shoah). There is Christina Khoury, a 20-year-old Syrian refugee who has just been granted citizenship; Dean Schadeck, a 17-year-old high school student and LGBTQ activist; and Chadon Tina Marie Yapo, a 20-year-old who fled the Ivory Coast in the middle of the post-election crisis. They are guided by Claude Marx, former president of the Israelite Consistory of Luxembourg who spent months hidden in an attic to avoid deportation when he was eight years old. From the Auschwitz camp and the Berlin Memorial, to the Polin Museum situated on the site of the former Warsaw ghetto, this small group of “living witnesses” travel across Europe to question antisemitism and the civic responsibility of each and every one of us. With the deportation and the extermination of Jews in mind, the six witnesses discover how crimes against humanity still play a considerable role in the consciousness of our societies today.

Accompanying the film premiere is a discussion with directors Karolina Markiewicz & Pascal Piron and moderator Carly Orshan, Director of CAJE Teen Department and March of the Living. To view the conversation please click here.

Karolina Markiewicz works as a film and theatre director and Pascal Piron studied visual arts and works as an artist and director. They both have also worked as high school teachers, in particular with refugees, for many years.

English and French with English subtitles