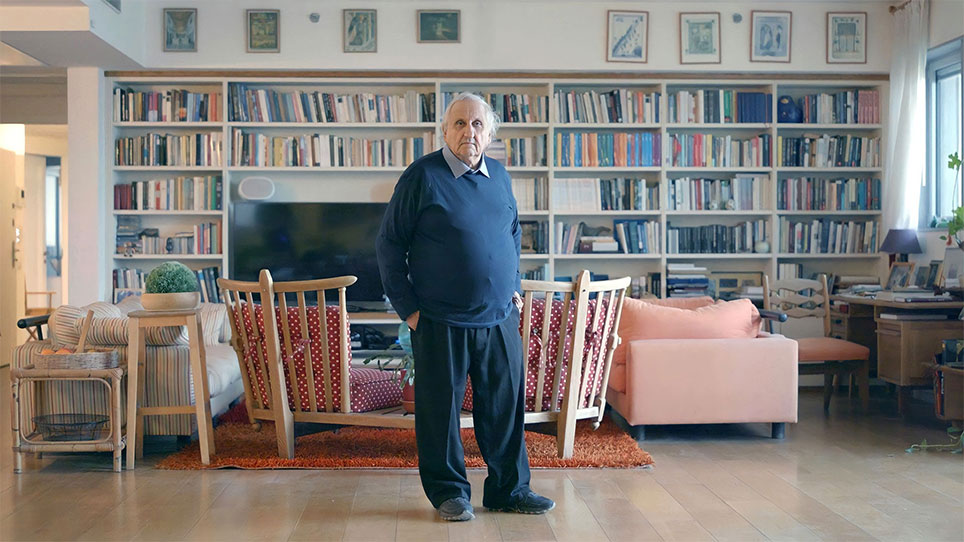 The Last Chapter of A.B. Yehoshua is a portrait of the greatest Israeli writer living today as he deals with a serious illness, widowhood, and loneliness, but chooses love and embarks on his final journey. A rare and fascinating study, the film is both a biography of the writer and a look at where he is now, as he protests that he does not want to write anymore, yet keeps writing, and that he is ready, after struggling with health issues in recent years, to say goodbye to life. Born in Jerusalem (where his acquaintances included Amos Oz and former president Reuven Rivlin), to a father who was a scholar and historian, fluent in Arabic, and a Moroccan-born mother who was also very engaged with culture, Yehoshua was exposed to an unusually wide range of influences at home. Today he is counted among the most widely read authors in Israel and his works are deeply rooted in Jewish culture and the Israeli way of life.

Accompanying the film premiere is a discussion with director Yair Qedar and moderator Rabbi Andrew Ergas, Chief Executive Officer at Hebrew at the Center. To view the conversation please click here.

Yair Qedar is an Israeli filmmaker and a civil-rights activist. During the last two decades, he has directed and produced more than 20 documentary feature films and series. In 2015, his film Bialik: King of the Jews received its North American Premiere at the Miami Jewish Film Festival. This year Yair has two films premiering at the Festival, Last Chapter of A.B. Yehoshua and his acclaimed documentary on Amos Oz, The Fourth Wall.