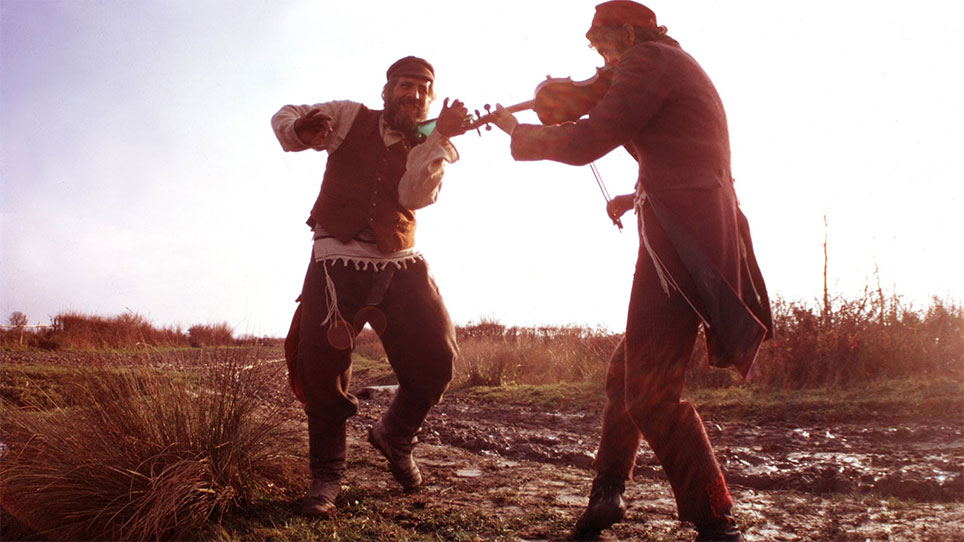 Fiddler's Journey to the Big Screen

In the riveting and joyous film Fiddler’s Journey to the Big Screen, Academy Award-nominated filmmaker Daniel Raim (MJFF 2017 film Harold and Lillian: A Hollywood Love Story) captures the humor and drama of director Norman Jewison’s brilliant vision to recreate the lost world of Jewish life in Eastern Europe while telling a universal story about the importance of family and the fragility of tradition in his iconic musical Fiddler on the Roof. Narrated by Jeff Goldblum, Fiddler’s Journey to the Big Screen draws on behind-the-scenes footage and never-before-seen stills as well as original interviews with Norman Jewison and his key collaborators, including lyricist Sheldon Harnick, lead actor Topol, production designer Robert Boyle, and actresses Rosalind Harris, Michele Marsh, and Neva Small, among many others. They illuminate the untold story behind the making of Fiddler on the Roof, Jewison’s favorite movie. Using rare footage from the early 1970s as well as interviews conducted by Daniel Raim over twenty years, the documentary puts you not just in the director's chair, but also in Jewison's heart and mind. We see how the experience of making Fiddler on the Roof deepens Jewison as an artist and revives his soul. Unlike any previous book or film, Fiddler’s Journey to the Big Screen explores the historical ferment that went into the film’s creation and its unparalleled impact as a cultural force.

The special under the stars premiere event will be accompanied by a live performance of songs from the musical Fiddler on the Roof.

Daniel Raim is an Academy Award-nominated director. He attended the American Film Institute in Los Angeles, where he studied under one of Alfred Hitchcock’s most esteemed collaborators, Production Designer Robert F. Boyle. His acclaimed documentary Harold and Lillian: A Hollywood Love Story premiered at the 2017 Miami Jewish Film Festival.