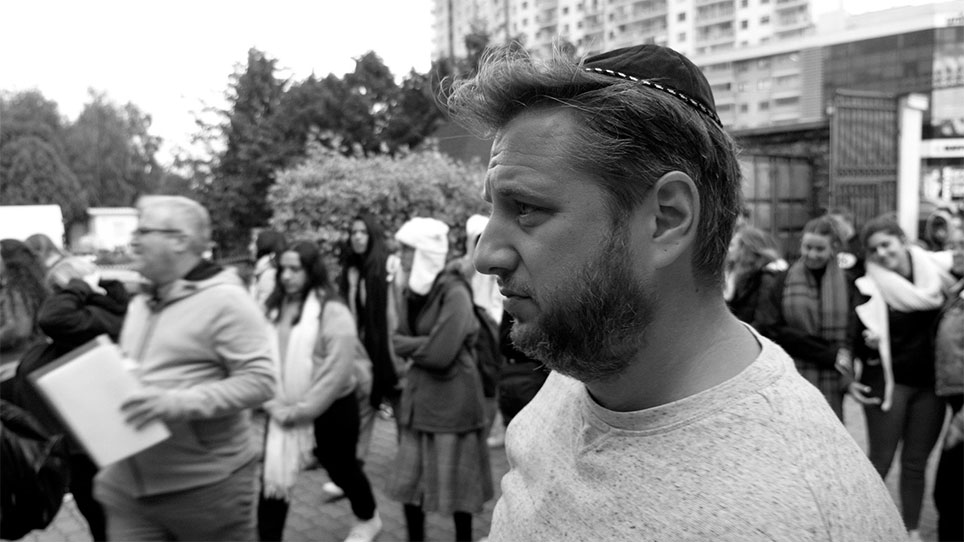 In the personal documentary Destination Sobibor, Amsterdammer Hein Piller de Bruijn takes the same train journey as dozens of his Jewish relatives, who were murdered in World War II. Hein’s mother Rebecca, still a baby at the time, survived the war in hiding under the name Sonja van Buuren. Her parents and two sisters were tragically murdered. Through the experience of filming his journey, traveling from Amsterdam to the Nazi extermination camp Sobibor in Poland, Hein seeks what can still be found of Jewish history on this route. What ultimately unfolds is a touching road movie, leading to surprising insights and an acceptance of his own Jewish identity.

Raymond Grimbergen is a filmmaker based in Amsterdam. He is known for directing the teen comedy Brugklas: De tijd van m'n leven, which received the Golden Film prize at The Netherlands Awards. Destination Sobibor is Raymond's second documentary feature film.