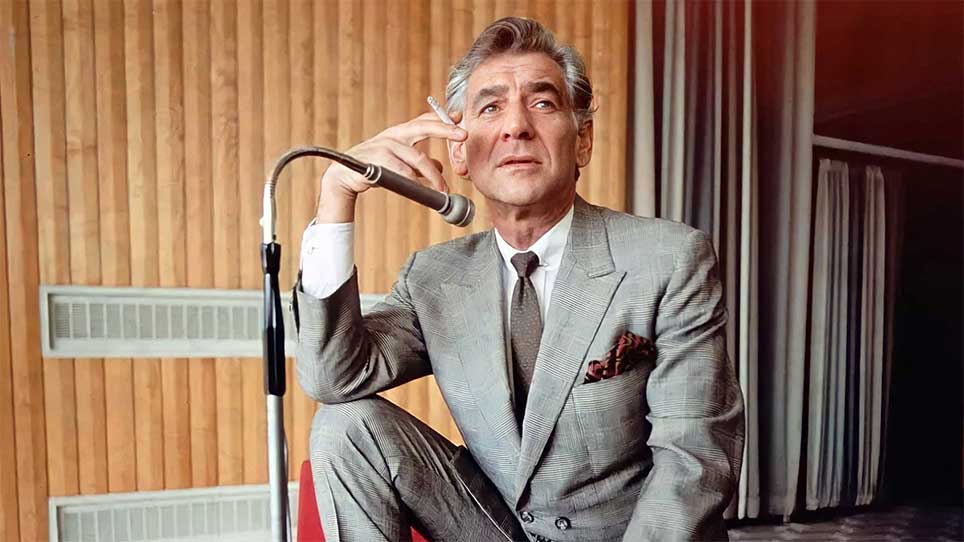 In this enlightening look at one of the greatest classical music figures of the 20th-Century, director Douglas Tirola mines a rich trove of interviews, television appearances, home movie footage, photos, and letters to craft a comprehensive look at Leonard Bernstein, whose passion and drive took him well beyond the marvelous music he wrote and conducted. Spanning the breadth of a life interwoven with key historic moments outside the concert hall, Bernstein’s Wall follows this son of a Russian Jewish immigrant who arrives in New York from his Boston hometown to eventually become Conductor of the New York Philharmonic. In time, he becomes a household name thanks to his numerous TV appearances, the score of West Side Story, his proximity to celebrities and politicians, as well as his political activism. The film incorporates Bernstein's personal life — his fraught relationship with his father, his marriage, and his family life — to paint a complex portrait of a complex, driven man who produced some of the most memorable music of his time. At once epic and intimate, Bernstein’s Wall also becomes a poignant survey of how art can give form to the emotions we struggle to realize.

The special under the stars premiere event will be accompanied by a live performance by the Amernet String Quartet. Director Douglas Tirola will also be in attendance to introduce the film and participate in a conversation afterward.

Douglas Tirola is an award-winning director and producer whose work premiered at Sundance, Berlinale, Tribeca, and SXSW. He also produced the critically acclaimed films Bisbee ‘17 and Making the Boys.