The unlikely friendship between Samuel, an elderly, lonely Holocaust survivor, and Casey, an angry 14-year-old runaway is the premise of this inspiring, redemptive story about the power of forgiveness and unconditional love to transform lives and overcome ignorance, fear, and hate. As the story unfolds, Samuel and Casey form a powerful bond, which gradually blossoms into a new family unit — him providing her the support and guidance that was lacking in her life, and her offering him the glimpse of the fatherhood that was tragically torn from him in Dachau. Multiple Emmy Award-winning actor Ed Asner stars in this absorbing drama written by Gina Wendkos (The Princess Diaries, Coyote Ugly) that sparks larger questions about family, love, and our divided world at large. 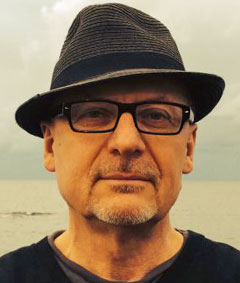 Rafal Zielinski is a graduate of MIT and the Roger Corman Film School. He has directed over twenty feature films and has shown them internationally at major festivals including two at Sundance Film Festival.