Five American-born musicians try to discover their Jewish roots in this deeply emotional story told through Klezmer music. They set out on what might be described as a reverse exodus as they journey from Montreal, pass through New York, Paris, Berlin, Budapest, and Romania, until they finally arrive in Moldova. They are determined to explore their Eastern European roots, discover the origins of their music, and get to know themselves and their Jewishness through the history of their parents and grandparents.

Accompanying the film premiere is a discussion with director Csaba Bereczki and Rabbi Ken Kanter, the Interfaith and Special Projects Coordinator at HUC-JIR. To view the conversation please click here. 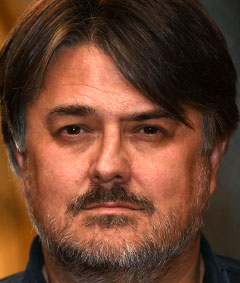 Csaba Bereczki was born in Transylvania, Romania, and graduated from the Academy of Drama and Film in Budapest, Hungary. He started his film career working in France with Jean-Paul Rappeneau and Tony Gatlif, and later launched his own production career with the internationally acclaimed film Hukkle (2002). Csaba’s first feature film Fool’s Song (2003) was co-written by Suzanne Schiffman, Francois Truffaut’s longtime co-writer.