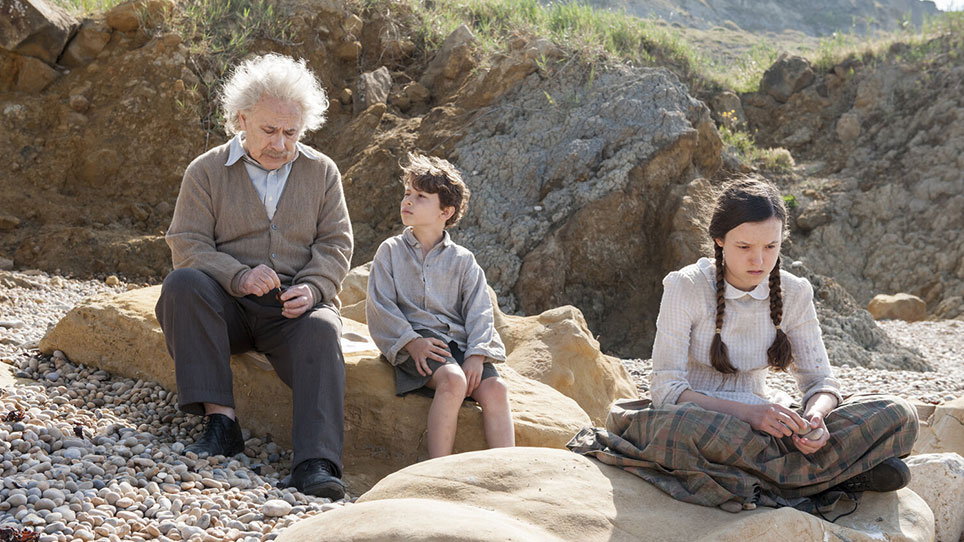 A showcase of some of the most exciting, visionary, and breathtaking narrative short films from around the world featuring original stories from established filmmakers and new emerging talent.

Birdie, a biracial girl raised by her Jewish mom, spends a rare day with her father while preparing for her Bat Mitzvah.

Based on a true story that took place on April 18, 1943, a small group of surviving Jews gather to celebrate Passover as gunfire and mortars rain down around them.

After her husband’s passing, Naomi embarks on her annual trip to see the rare houbara bird, which she refuses to miss. Her daughter, Tamar, not a bird enthusiast, must escort her. Their journey together stirs up past grudges and new reconciliations.

Eliya takes his sick mother Naomi to visit a psychic medium who lives near the Dead Sea. However, the visit does not go as planned, causing the son and his mother to confront their future.

A lonely, intellectual Jewish grandfather prepares his home for Shabbat dinner alongside his caretaker as he grapples with his worsening dementia, haunted by nightmares of a traumatic past.

At the end of World War II, a wounded German soldier, disguised as a Canadian, ends up in the midst of a Jewish family in hiding.

A Jewish matriarch struggles to warm up to her beloved son's new non-Jewish girlfriend over a Shabbat dinner from hell.

After eating from the same fish that kills her rebbe when he chokes on a bone, Neshama (which means soul), suddenly becomes possessed by her deceased rebbe. Watch Q&A with director Emily Cheeger, actress Melissa Weisz, and actor Luzer Twersky.

This love letter to Russian Jewish constructivist women asks what the revolutionary women artists of the 1920s said, what they did, and what they might have created had it not been for Stalin's suppression.

This touching and fascinating thriller reveals the tragic story of Dror Bar-El, a father who lost his daughter in a terrorist attack and embarked on an uncompromising quest to prevent the expected release of her murderer from prison. Watch Q&A with director Liran Shitrit, actor Nati Ravitz, and sales rep Noa Cacharel.

The year is 1994. A caravan site, built by the Israeli Government for immigrants from the Soviet Union, is about to be dismantled. When his grandfather refuses to be evacuated, a young Russian boy remains to defend his grandfather.

Rachel is losing her sight to the point she can't even manage doing the smallest daily functions, like di

A ferocious, comic take on modern Jewish life and tropes, encompassing the Shoah and anti-Semitism, and culture of guilt, ignorance, and selective memory, as told by a Russian-Jewish teen in Germany. Watch Q&A with with directors Arkadij Khaet & Mickey Paatzsch.

A little Roma girl is moments away from discovery as she hides from the Nazis in a Weimar club.

In this Spanish comedy, an opportunistic thief wants to steal an invaluable Sefer Torah, but his plan is disturbed by one major problem…he discovers that he is Jewish.

England, 1933. After running away from home, Kitty (MJFF alum & Game of Thrones star Bella Ramsey) and her brother David cheer themselves up by playing soldiers. But their game takes an unexpected turn when they discover a suspicious German hiding in a clifftop hut. The man is a Jewish refugee by the name of Albert Einstein.

An elderly Jewish woman who, after surviving the Nazi regime, knows no accommodation can ever be made to anti-Semitism.

Set in the fall of 1939, this Jewish folktale follows a British antiquities dealer who travels the Polish countryside before the Nazi invasion.

Federico breaks up with his girlfriend on the day his grandmother dies, but his feelings are hurt when he learns that she already has someone new.

A concentration camp survivor returns home to find out who informed the Nazis of her location and betrayed her.

A young couple are preparing for their dream honeymoon through Central Asia, but when she fractures her foot a week before the flight, the two of them embark on an alternative journey that complicates matters even further.

In this official entry for the Academy Award for Best Live Action Short Film compellingly depicting the perils of illegal immigration, an Israeli man tries to reclaim a stolen bike while struggling to retain his humanity.

Following the loss of his son in childbirth, a religious student longs to restart his family, but in order to reconnect with his distraught wife, he will first have to acknowledge his own hidden pain.