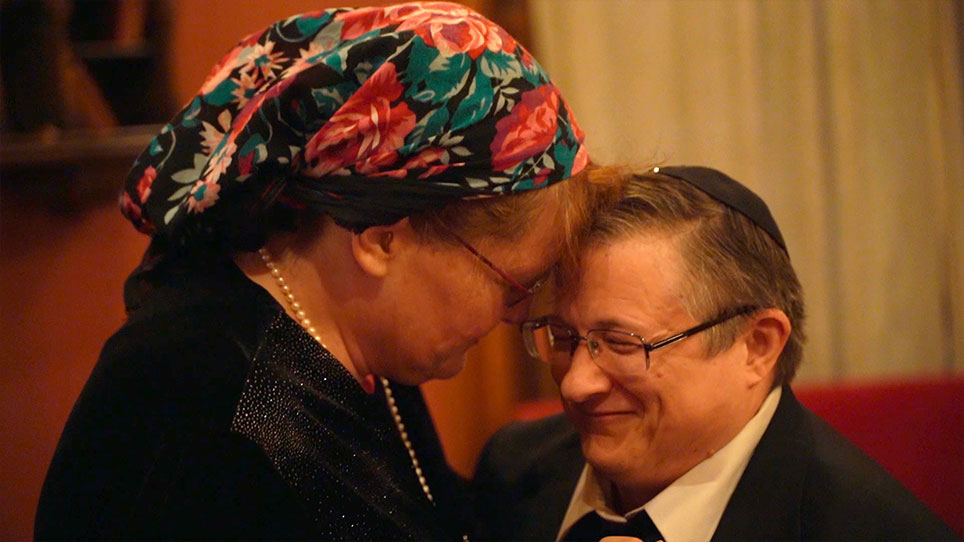 A showcase of some of the most exciting and thought-provoking documentary short films from Israel, America, and around the world featuring stories from established filmmakers and new emerging talent.

After four years of battling cancer, 60-year-old Bambi Fass had had enough. Though a natural fighter and optimist, when her cancer metastasis, she decides to forego additional radiation treatment and instead live out her final weeks at home surrounded by her Jewish community in Oakland. Her husband Rick leaves his job to become her primary caregiver — a role for which he has no experience and little support.

Eddy Goldfarb has spent a lifetime making toys and is the creative genius behind many of the most popular toys and games of the 20th century. We may know them from movies or from our beloved childhood memories. But few know the man behind each design, an inventor with more than 800 patents. Watch Q&A with director Lyn Goldfarb and film subject Eddy Goldfarb.

This heartfelt Israeli documentary reconstructs the last encounter the filmmaker had with her dad who passed away from COVID-19.

The fourth generation in his family to be born intersex, Rabbi Levi was assigned a female gender at birth and grew up thinking he was sick and defective. In the Image of God tells the story of his struggles and transition, culminating today in a life as a religious leader and an LGBTQ+ activist living happily in Los Angeles with his wife. Watch Q&A with director Bianca Rondolino and film subjects Rabbi Levi Alter & Rebbetzin Yona Alter.

What if an integral part of your identity lies in someone whom you have not only lost, but whom you cannot remember? Lara Mizel was 15 months old when she lost her mother, Shirley, to cancer. Years later, the 39-year-old Angeleno, who was born in South Africa, set out to learn everything she could about her mother from those who knew her best: her family. Watch Q&A with director Lara Mizel and executive producer/composer Cheston Mizel

In a painstaking and dedicated effort to “never forget,” a group of committed young conservators preserves fragile artifacts that ensure the permanence of Holocaust remembrance and honor those killed at Auschwitz-Birkenau.

Born into a conservative Jewish community, David Fisher decided to make the unorthodox choice to jump rope for a living, finding his fifteen seconds of fame in the 1990s. 25 years later, David performs for school assemblies as his physical injuries intensify. His family begins to wonder...is it time to hang up the rope? Watch Q&A with directors Andrew Bourne & Daniel Feldman, film subject David Fisher, and cinematographer Connie O'Connor

Many things about the legendary figure of the Vilna Gaon remain a mystery up to this day. This animated documentary attempts to tap into the mystery of this prolific Talmudist, halakhist, kabbalist, and thinker, born Elijah Ben Solomon Zalman in 1720.

An aging bodybuilder is on the path to becoming a champion. Moments before emerging as a finalist in Israel’s bodybuilding competition, he faces a heartache.

Benny Haneman takes up his camera to explore the love, sadness, jealousy, and loyalty that exist between him, his father, and his older brother Gidi, who has a complex combination of special needs.