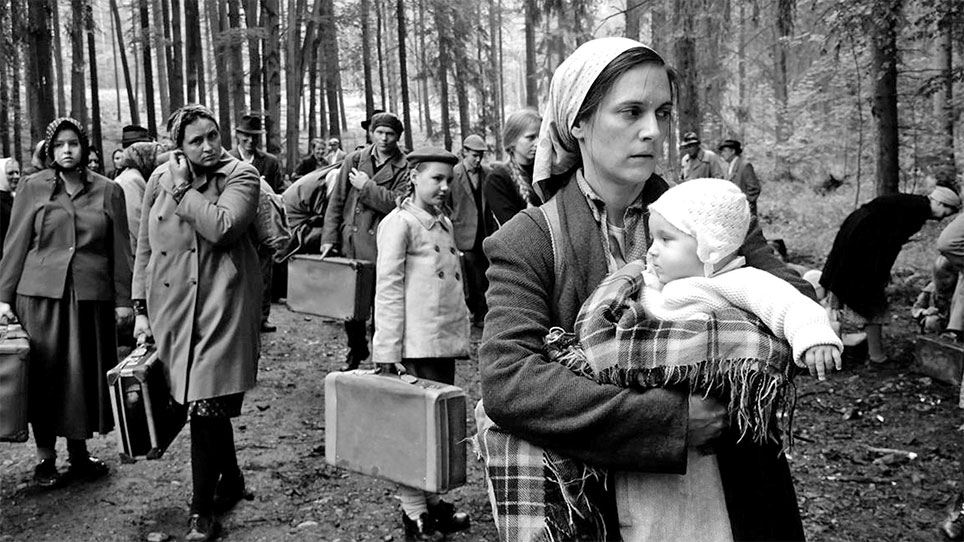 Developed over a period of 14 years, this black-and-white epic is set against the turbulent tides of history and tells the tale of villagers on the Czech-German border living under the pressure of the epochal events of the 20th century. Shadow Country traces the story of this small village during its Nazi occupation, the expulsion of the Jewish community, and their post-war revenge on the Germans. The film portrays an account of how ordinary people respond to changing circumstances and directives with all their ideological and racial implications. It asks whether a person would give up and succumb to violence or despite all that is happening, be able to preserve their humanity.