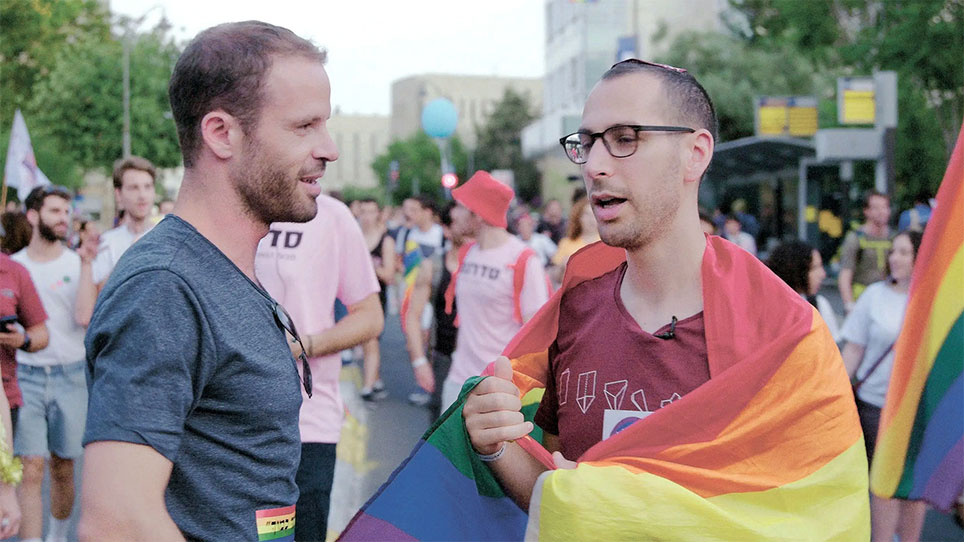 This timely and sensitive documentary explores the lives of Orthodox-Jewish LGBTQ Israelis who choose to marry heterosexuals in order to create a family and comply with their own and their communities’ expectations. Some shared their secret with their partners; some kept it hidden, and some lied even to themselves. After their divorces, they confront the conflicts they repressed: love for their faith and the Orthodox way of life as well as love for their own gender; wanting children, family and community and wanting to be true to their identity; love and respect for their spouse and their inability to continue in the relationship. The film’s subjects reveal how they come to terms with their journeys from shame and regret for the pain they have caused their ex’s to, for some, self-acceptance and social activism. Many still live Orthodox lives and consider themselves to be people of faith. Two elements of the film that explore groundbreaking territory are hearing direct testimonies from the women who married and divorced their LGBTQ partners as well as the deliberations and perspectives of well-known Israeli Orthodox rabbis and psychologists who seek a solution to what appears to be an unsolvable conflict.