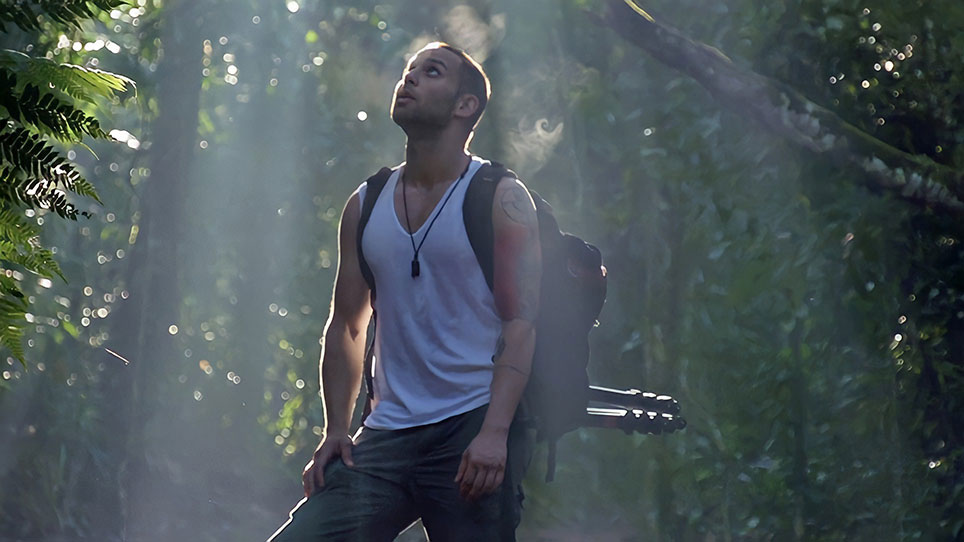 Man of the Monkey

When filmmaker David Romberg (of Jewish descent) was a boy, his father regaled him with wondrous stories of survival about his childhood home on Ilha Grande, Brazil, a remote jungle island. The most haunting of these was the legend of "The Man of the Monkey." According to the island's inhabitants, a huge, scary, blond "monkey" man lived in isolation somewhere on the island and David had feared that this spooky character would snatch him from his bed in the middle of the night. But who was the Man of the Monkey? Was he just a figment of local superstition, or of his father's imagination? Intrigued by the tale, Romberg travels to his childhood home only to discover that the tale pales in comparison to what he uncovers. The Man of the Monkey unravels a labyrinth of interconnected mysterious characters, all seeking refuge. Amongst them, an exiled Argentine Jewish artist haunted by phantoms of the past, a former prisoner with nowhere to go, and a suspected Nazi living in isolation with a monkey. Each mystery he solved, each relationship he uncovered, seemed to lead to another, and then another. Ultimately, he says, his search for the Man of the Monkey became more important than the Man of the Monkey himself, who evolved into a metaphor for David's own self-discovery and the way in which trauma can define identity in the never-ending search for home.

Accompanying the film premiere is a discussion with director David Romberg and moderator Carly Orshan. To view the conversation please click here.