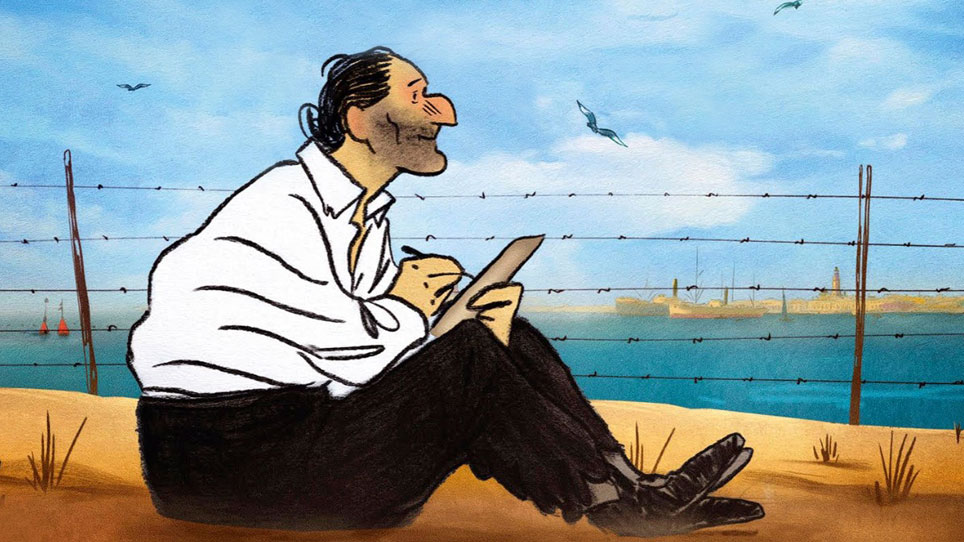 Internationally acclaimed French cartoonist Aurel directs this hand-drawn animated feature about Spanish artist Josep Bartolí with expressive tableaus teeming with visual poetry. This is the unknown story of a brilliant illustrator who survived the Spanish Civil War only to be interned in a French concentration camp that was run by the Nazi-backed Vichy regime, where he was beaten, tortured, and starved for several years until he escaped. Eventually, he made it to Mexico where he became the lover of Frida Kahlo, after which he moved to New York and became friends with painters like Rothko and De Kooning. The film takes a pensive look at a forgotten chapter of European history and at the same time is a fascinating homage to the power of drawing to witness the world, as well as serve as a tool for resistance. The film’s unique animation is backed by the voice of Spanish singer Silvia Pérez Cruz, whose traditional canciones evoke a period filled with flashes of joy and much sadness. Josep was an official selection of the 2020 Cannes Film Festival.