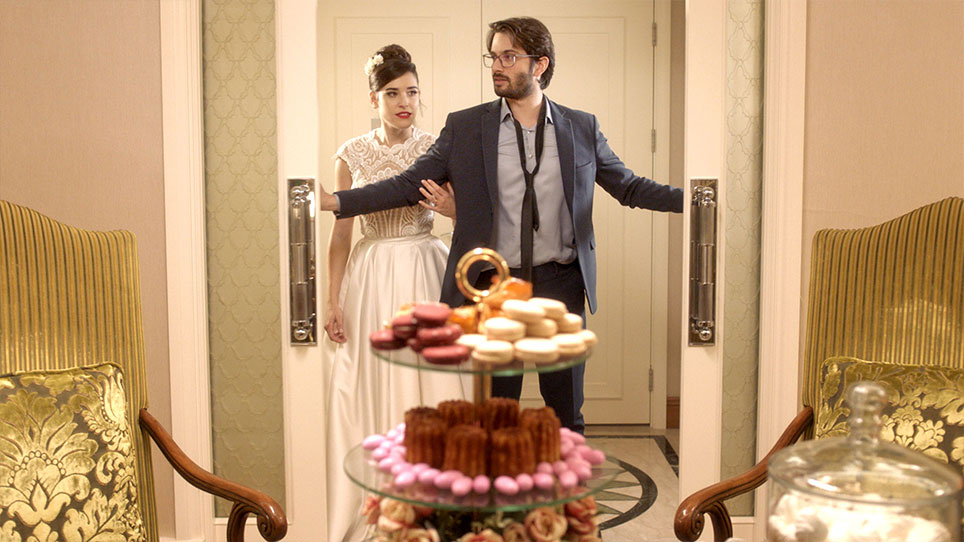 When blissful newlyweds arrive in their honeymoon suite, Eleanor (Avigail Harari from MJFF 2019 film The Other Story) desires her wedding night to play out exactly as she had imagined — grand entrance and all. But when Eleanor discovers her now-husband (Ran Danker) has received a ring as a wedding gift from his ex-girlfriend, her plans for a “perfect” honeymoon are upended and a knock-out fight ensues. Furious, she is convinced if the ring is not returned to her husband’s ex immediately, their marriage will be doomed from the start. At Eleanor’s insistence, the newlyweds leave the hotel and set out on an expedition to return the ring. Their simple mission quickly derails into an all-night odyssey through the streets of Jerusalem. Over the course of a single night, the couple are forced to confront past lovers, repressed doubts, and the lives they have chosen to leave behind. Writer and director Talya Lavie returns to the Miami Jewish Film Festival following her previous acclaimed Israeli blockbuster, Zero Motivation, which broke two decades of Israeli box-office records and won six Israeli Academy Awards. Her latest effort, Honeymood, is a stirring romantic comedy anchored by two lively and dynamic performances, cementing Lavie’s singular cinematic talent.