They Call Me Dr. Miami

Known to his millions of Snapchat followers as Dr. Miami, plastic surgeon Michael Salzhauer is the perfect embodiment of a culture, that with the help of social media, has become obsessed with body perfection and cosmetic improvements. At home, however, Salzhauer is a happily married, father-of-five, Orthodox Jew, who is in constant dialogue – with his family members as well as himself – about the conflicts that arise from his line of work, which, at its core, seeks to correct what was given to us by the Creator. Salzhauer is his own hype man, but it is the insights from his wife and teenage daughter that raise the most pertinent observations about body modification and vanity in modern society. They Call Me Dr. Miami offers a fascinating, if often quite shocking, look at modern-day values and aspirations. 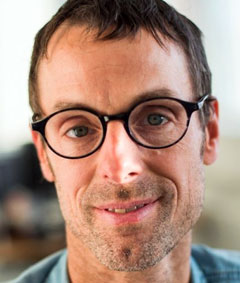 Jean-Simon Chartier is a Canadian producer and director. He is the founder of MC2 Communication Media, for which he has produced documentaries for several notable broadcasters in Canada and abroad.