A funny, joyous, and uplifting music dramedy about an aging Israeli rock band and how hard they try to become everything they ever dreamed of. The Electrifiers won the 1984 Best New Artist Award for a smash hit that no one remembers, and have been stuck in traffic on the fast track to international stardom ever since. Thirty years later, the band members continue to drag themselves between cheap gigs while their lead singer still believes he is a 20-year-old rocker. But just as everyone is about to become completely fed up with him, a surprising opportunity presents itself, which could propel the rock band straight to the top. Featuring cameo appearances by real-life 80’s Israeli pop icons, The Electrifiers is a blissfully sweet coming-of-age movie in which everyone, old and less old, comes of age.

Director Boaz Armoni and stars Zvika Nathan, Yigal Adika, Ella Armony, and Elisha Banai will be in attendance to introduce the film and participate in an extended conversation with the audience afterward. 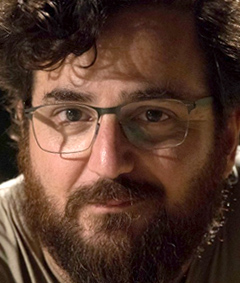 Boaz Armoni is a writer and director based in Tel Aviv. He studied filmmaking at the Midrasha School of Arts, Beit Berl College and graduated with excellence. His films have been presented at film festivals around the world and won numerous prizes.