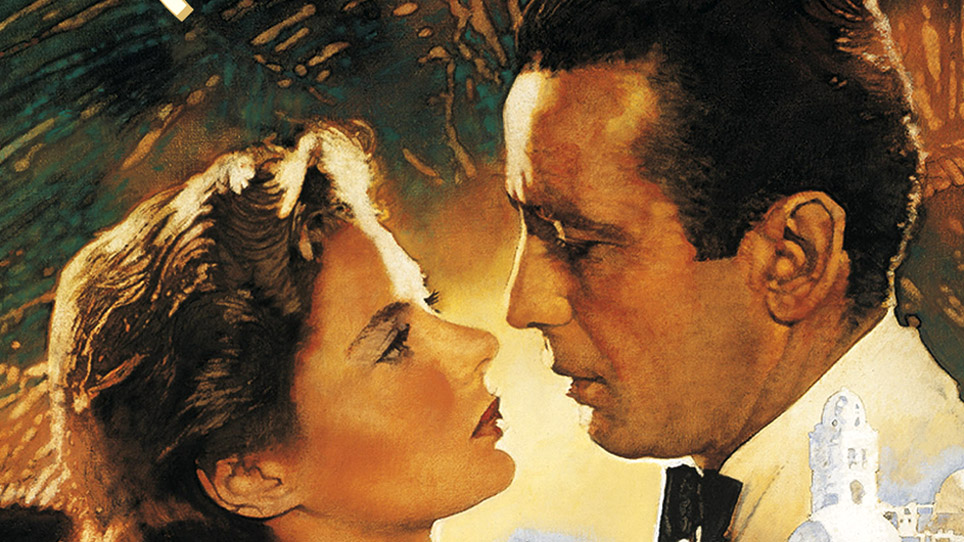 Considered by many to be the greatest Hollywood movie ever made, this visionary classic directed by Michael Curtiz takes place in war-torn Casablanca and tells the tale of a mysterious nightclub owner and his old flame, her husband (a resistance leader), and other skeletons from his past. At the height of WWII, Rick (Humphrey Bogart) is the reclusive proprietor of a Moroccan nightclub that caters mostly to expats, spies, and other shadowy figures from both sides of the conflict. Into his gin joint walks Ilsa (Ingrid Bergman) the woman who left Rick waiting at a Paris train station years before and broke his heart. Sparks immediately fly between the reunited lovers, but the war once again threatens to come between them as Ilsa must choose between Rick and her heroic, resistance fighter husband (Paul Henreid). Rounded out by a star-studded cast including Peter Lorre, Conrad Veidt, and Claude Rains, Casablanca is a certified masterpiece from Hollywood’s Golden Age, brimming with intelligence and sweeping emotion.

This special under the stars film presentation will be accompanied by a live performance of Max Steiner's score for Casablanca by members of the New World Symphony at 7:30pm.

Before the under the stars presentation of Casablanca, join us for the premiere of Curtiz at 6pm at the O Cinema South Beach.