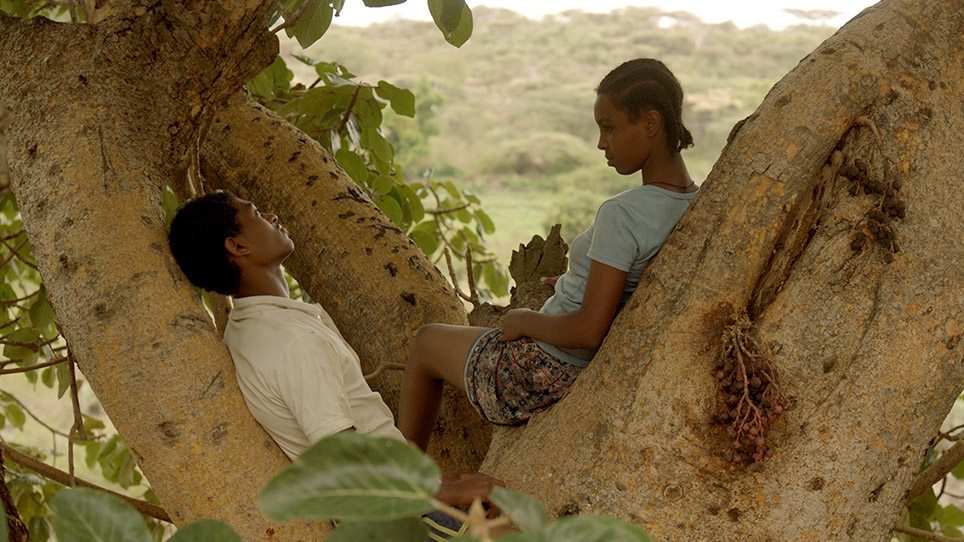 This startlingly original love story set at the end of the Ethiopian Civil War follows a Jewish Ethiopian teenage girl as she attempts to save her boyfriend from being drafted, even as she and her family are poised to flee the country to Israel. To be 16, in love, and in the middle of a civil war — that's the territory mined in this heartfelt directorial debut that draws on Aäläm-Wärqe Davidian’s own memories growing up in war-torn Ethiopia. Set in Addis Ababa in 1989, the story revolves around Mina and her family as they try to survive the raging war around them and flee the country for Israel, where Mina's mother is waiting. But Mina is also a girl in love, giving her a private anguish to deal with along with the tension and anxiety that permeates her world. Eli, her boyfriend, is hiding in the woods from the soldiers kidnapping all young men for conscription into the army, making a great fig tree their private meeting place. Winner of the Best Director Award at the Toronto International Film Festival, this beautiful aching film, anchored by non-professional actors inside of a wrecked world, is one of the most wrenchingly wonderful stories of the year.