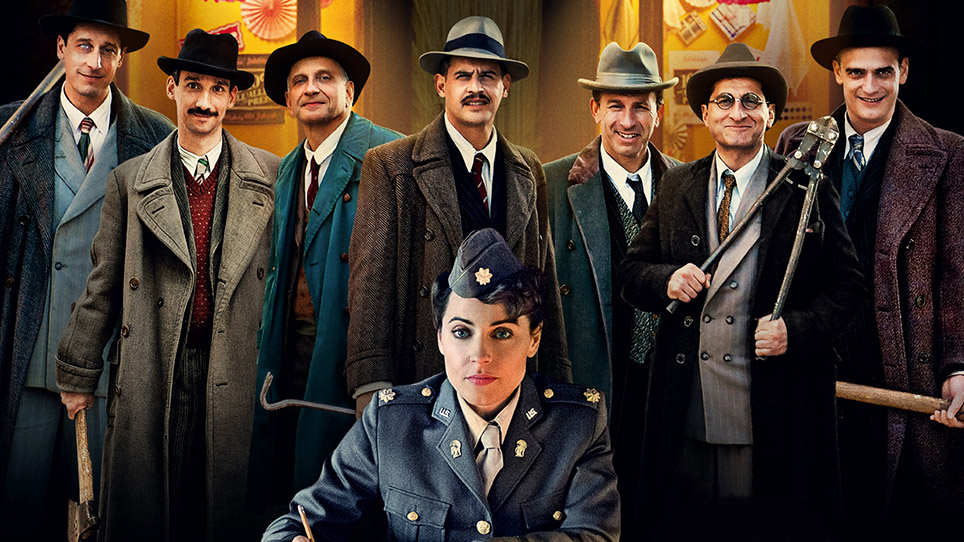 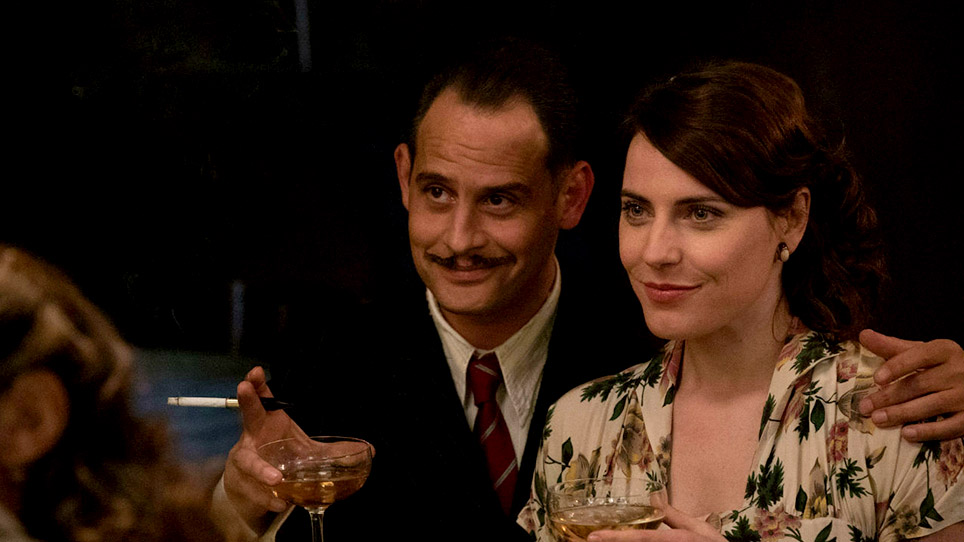 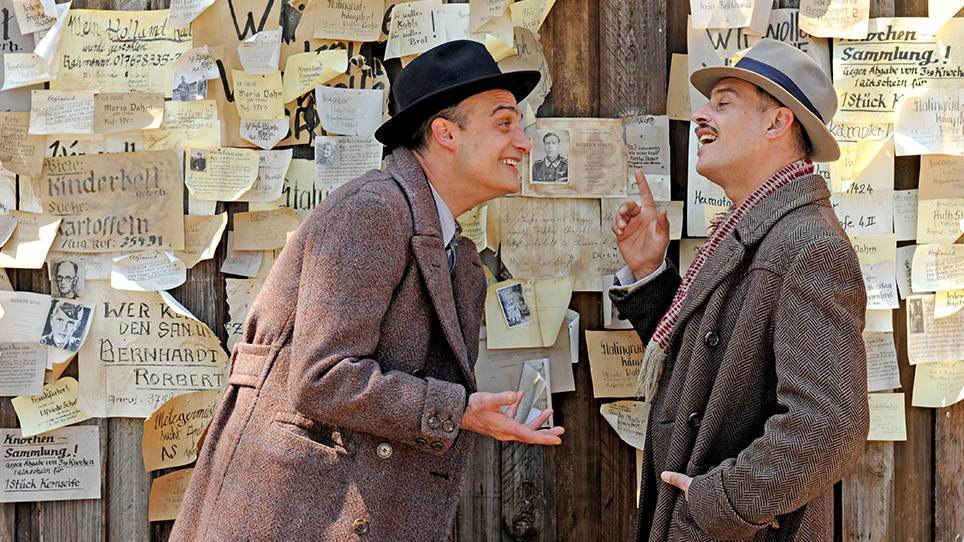 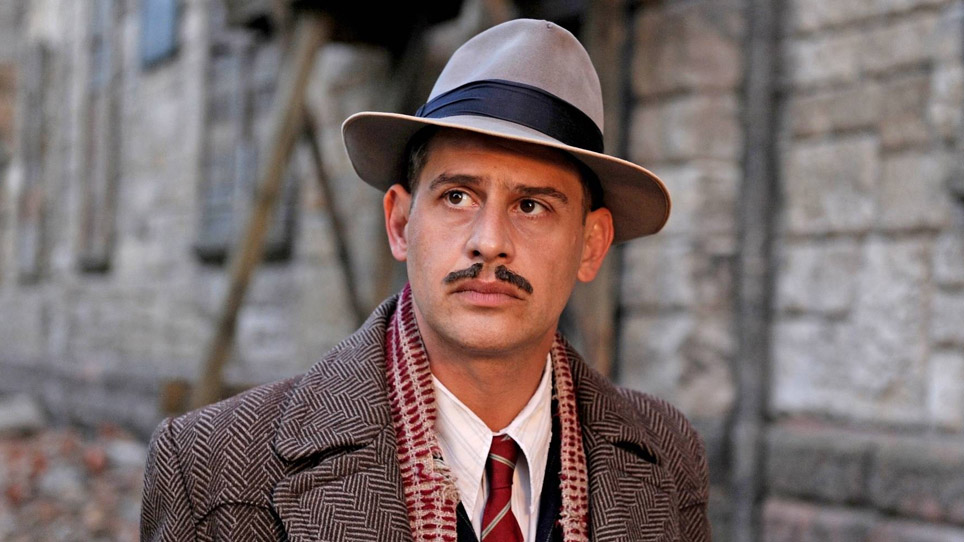 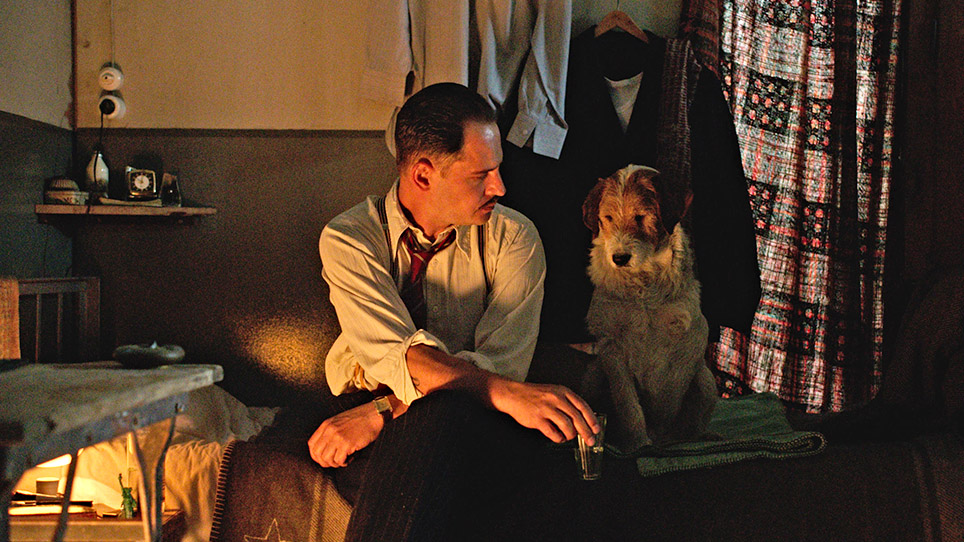 A post-war comedy as a heartfelt ode to life, Bye Bye Germany is a tale of rebirth and a reminder of how maintaining a sense of humor is a vital step toward redemption. At the end of the Third Reich, most surviving Jews from the Holocaust understandably left Germany as quickly as possible. But former Sachsenhausen inmate David Bermann (Moritz Bleibtreu, from MJFF 2015 film Woman in Gold), one of about 4,000 other real-life survivors who remained, sees his scarred homeland as the land of opportunity. He dreams of reopening his family’s seized linen business in Frankfurt, but American forces deny him a license; with his haughty demeanor and fancy suit, David is ironically suspected of being a Nazi collaborator by occupation forces and is subject to questioning by Special Agent Sara Simon (Antje Traue, from MJFF 2015 film Woman in Gold). Undaunted, he gathers a group of Jewish salesmen to help him peddle imported linens door-to-door, stressing that they should never resort to stoking German guilt to seal the deal — they are to be legitimate businessmen, not victims. Director Sam Garbarski maintains the upbeat tone, wringing sly humor from the absurdities faced by the salesmen, while memories of the horrors they each endured lie just under the surface. 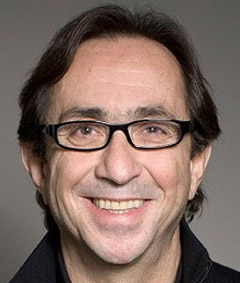