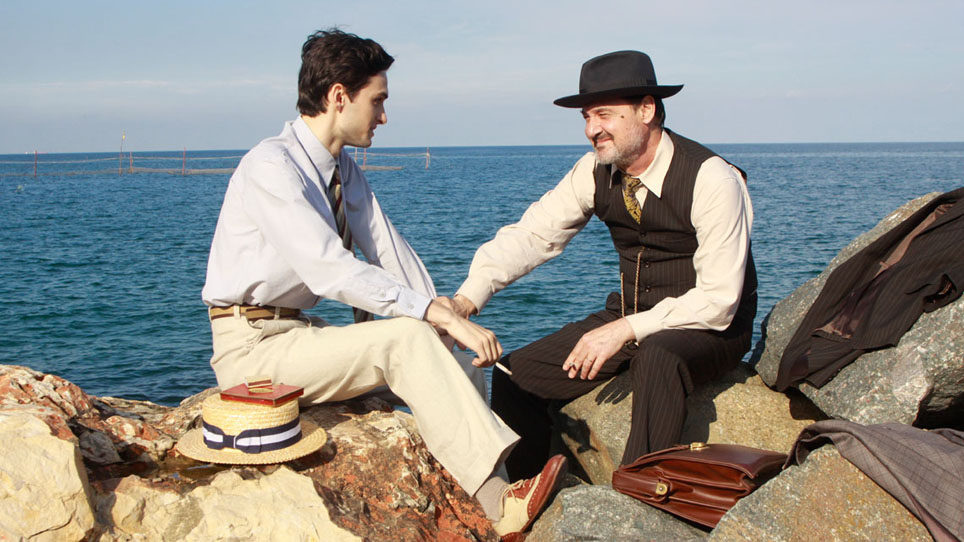 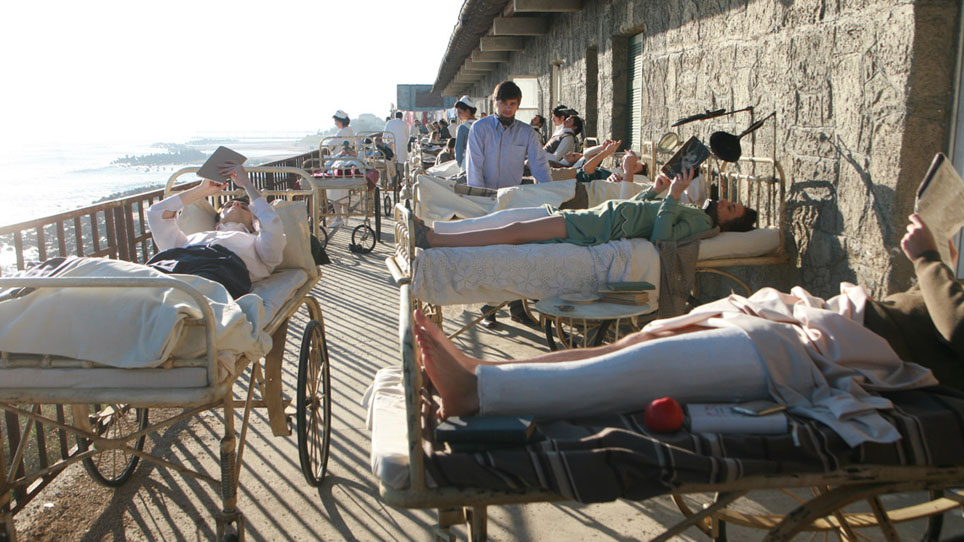 Based on the autobiographical writings of Jewish Romanian author Max Blecher, considered by worldwide critics a "lost master," Scarred Hearts is an eerily gorgeous film set in the summer of 1937 when a young man with ambitions to write is confined to a sanatorium on the Black Sea coast for treatment of his tuberculosis. A highly intelligent Jewish young man in his early twenties with a penchant for quoting poetry, he tries to live life to its fullest--keeping up his good humor, arguing over politics with blithe anti-Semites, and falling in love with a recovered former patient--but is it only a matter of time until he becomes resigned to his arbitrary fate? With pitch-black humor and magisterial cinematography, Scarred Hearts immerses us in a world which is equal parts terrifying and hysterical laughter, while also taking a haunting sideways glance at the rise of Romania's extreme Iron Guard. Winner of the prestigious Special Jury Prize at the Locarno Film Festival.