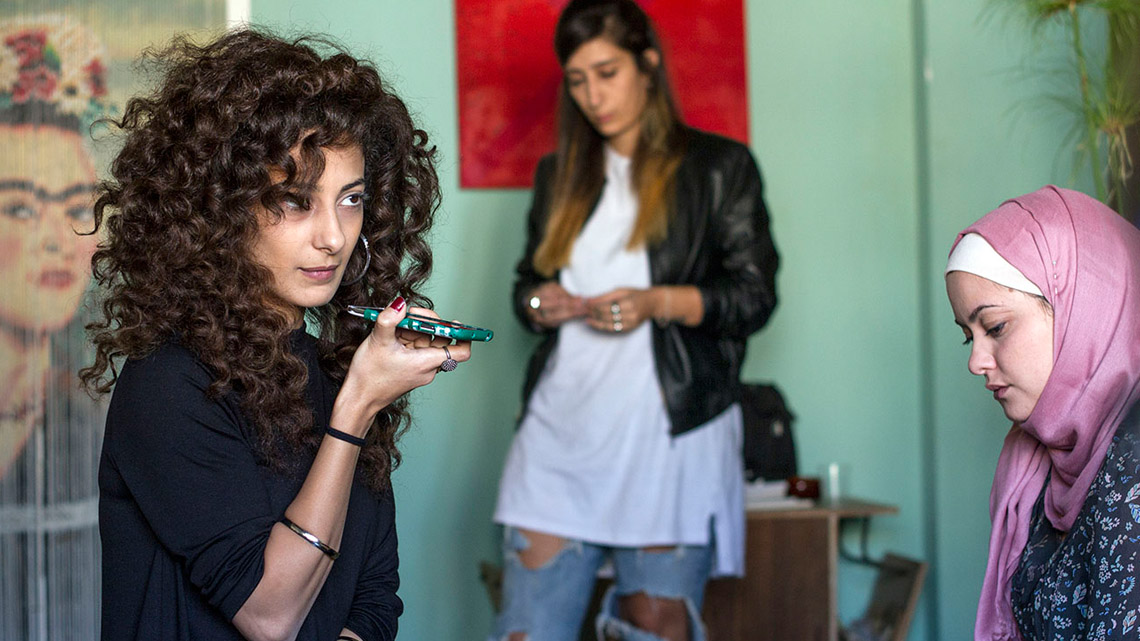 Arabic and Hebrew with English subtitles

In this sparkling feature film debut, three Palestinian twenty-something women sharing an apartment in the vibrant heart of Tel Aviv find themselves doing the same balancing act between tradition and modernity, citizenship and culture, fealty and freedom. Arab Israeli women live in a country that considers them not quite Israeli enough, and are part of a culture that views them as not quite Palestinian enough. Layered onto this conundrum are the inevitable gendered tensions between contemporary and traditional family life. Director Maysaloun Hamoud tells the story of three such women and she does so with ferocity, grace, and inordinate depth of feeling. In Between is a story of a certain kind of female friendship, a fierce bond that comes about because of shared gender, background, and hopes.