The Voice of Peace

Hebrew and French with English subtitles

The Voice of Peace presents a fascinating portrait of visionary dreamer Abie Nathan, a former fighter pilot turned political activist who lived by John Lennon’s credo of “give peace a chance.” To spread the message, he established a pirate radio station in 1973 called “The Voice of Peace,” which broadcast from a cargo ship anchored in international waters off the coast of Tel Aviv, transmitting its message of peace and understanding for twenty years. Nathan’s concept of peace, love, and good music appealed to a multitude of devoted fans in Israel and Europe, eliciting support from artists such as Bob Dylan and John Lennon. Long before the age of the Internet and its role in revolutionary movements, Abie Nathan understood the power of technology and mass media for spreading his message and reaching his goals. 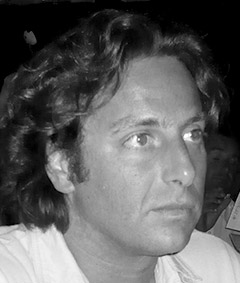 Frédéric Cristéa studied sound engineering in the Institut des Arts de Diffusion in Belgium. He has worked as a sound engineer on a number of films, including the acclaimed Eyes Wide Open (2009) and Gainsbourg (2010). The Voice of Peace is Frédéric’s documentary feature film debut.