Man in the Wall

Fans of Roman Polanski’s films will rejoice seeing the brilliantly inventive The Man in the Wall, a psychological drama set entirely during one night, in one apartment, surrounding one mystery. It is 6:23 pm on a rainy Friday evening when a knock on the door of her quiet Tel Aviv apartment awakens Shir, who has been napping, while her husband Rami was out walking the dog. Suddenly she is startled by an angry neighbor who returns her dog, but her husband is nowhere to be found. What follows is a long night of the soul for the increasingly frightened Shir, who sees a series of unexpected characters turn up at her apartment, presenting a mystery that gets darker with the night. As marital secrets are revealed, a clear and complex picture emerges of Shir and Rami’s relationship, which was nowhere near as harmonious as initially suggested. 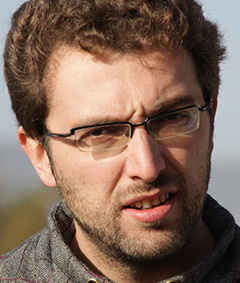 Evgeny Ruman was born in the Minsk, Belarus, and studied film and television at Tel Aviv University. He has directed several award-winning short films, and his feature film debut, Igor & the Cranes’ Journey (2014), received its Florida Premiere at MJFF18.