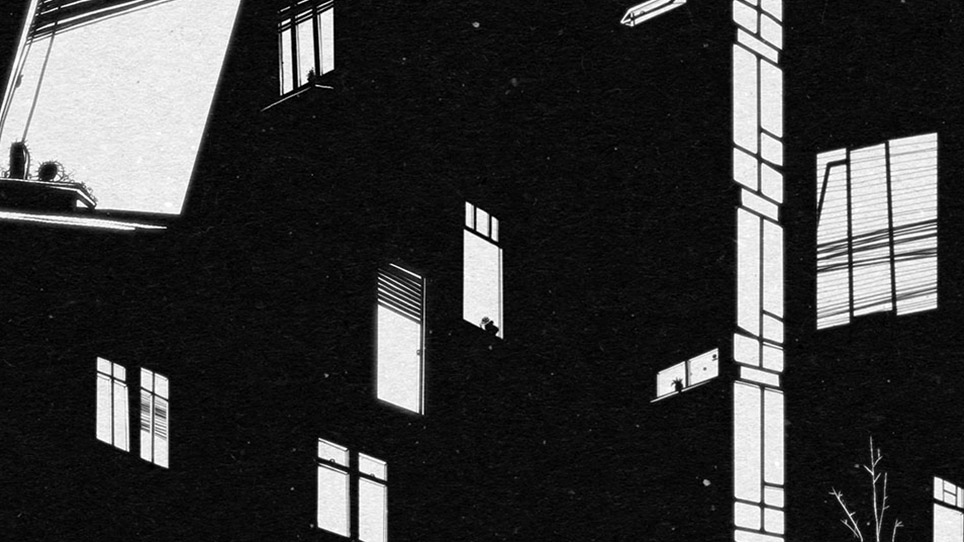 The Miami Jewish Film Festival's inaugural Short Film Competition presents some of the most prestigious international short films and many new discoveries. Presented in partnership with Film Movement, a renowned US Distributor, one winner will be selected to receive a distribution deal and a cash prize. Together, the Miami Jewish Film Festival and Film Movement seek to discover and develop independent artists, and to provide a platform for them to showcase their works to a global audience.

A documentary about director Casimir Nozkowski’s childhood home and how much of the past he could still see in it after he left.

A dark comedy about guided tours of terror attack sites on Jerusalem’s Jaffa Street, a single street that has been targeted by the most terror attacks in the world.

A young man’s love of rock & roll told through secretly recorded conversations with his parents.

A haunting parable on the way humans exert authority and superiority over our fellow creatures and selves.

As a Jew growing up in Baltimore, David’s vision of Germany was shaped by the stories of his Holocaust-survivor mother; later in life, he reflects on whether it is possible to overcome this history.

A noirish urban environment illustrates the inner reflections of a city walker.

A brilliantly animated, strangely touching story about a love kept apart by a magnificent mystery locked just behind a thin layer of glass.

An unflinching portrait of Grace as she fights and struggles her way through hardship after hardship, determined to stay afloat.

An animated adaptation of Jonathan Safran Foer’s short story “Love Is Blind and Deaf” that revisits the story of Adam and Eve with a twist.

Two old strangers play a friendly game of chess in the park and discover they have more in common than meets the eye, unmasking a history with two different sides.

A former movie star is finally offered a part in a new film by a celebrated director, but something unexpected happens just before the audition that forces her to reexamine her life..

In this metaphoric film, a strange character is trapped in the seemingly never-ending piecing of a puzzle the size of the world itself.

A meeting with a Holocaust survivor (Eli Wallach in his last performance) teaches a self-consumed young man that life can change in a heartbeat..