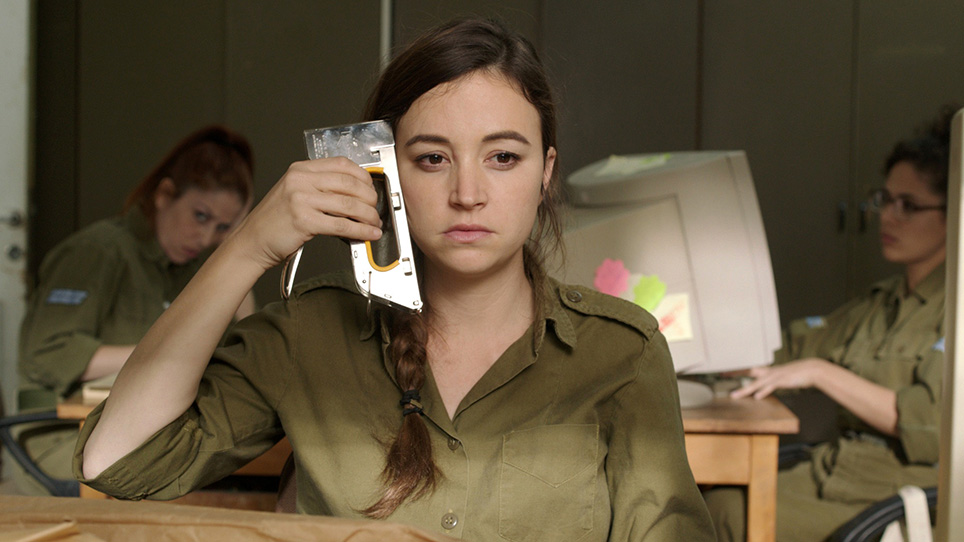 Zero Motivation is one of the most critically acclaimed films to come out of Israel this year, having won the Best Film and Best Director Awards at the Tribeca Film Festival, and receiving 12 Ophir Award Nominations (Israeli Oscars), and with 6 wins, including for Best Director, Best Screenplay, and Best Actress. It is a darkly comedic portrait of everyday life for a unit of young female Israeli soldiers. The human resources office at a remote desert base serves as the setting for this cast of characters who bide their time pushing paper, battling in computer games, and counting down the minutes until they can return to civilian life. Amidst their boredom and clashing personalities, issues of commitment—to friendship, love, and country—are handled with humor and sharp-edged wit. Like its characters, Zero Motivation combats the status quo by flipping genre on its head and bending gender roles to a delightful extreme.

Talya Lavie is a writer and director from Tel Aviv, Israel. Her short films have screened at MoMA and in over 40 film festivals worldwide, receiving several international awards, notably the Audience Award at the Berlinale and first prize awards at the Munich International Short Film Festival and the Melbourne International Film Festival. Zero Motivation is Tayla’s debut feature film and was produced after her participation in the Sundance Directors and Screenwriters Lab.