A Journey into the Holocaust

A Journey into the Holocaust is a deeply personal exploration into how something as atrocious as this genocide happened—and why genocide continues to happen again and again, even in modern times. Filmmaker Paul Bachow provides a 'formula for the Holocaust genocide' as he delves into Jewish history by looking at when anti-Semitism first appeared in Europe and how it began its rise. He explains how ordinary German citizens could pull the trigger of hand pistols six inches away from the heads of total strangers, and how they could do it day after day, week after week, and month after month. Facts are corroborated with first-hand accounts of Holocaust survivors, told and memorialized as you've never seen before. 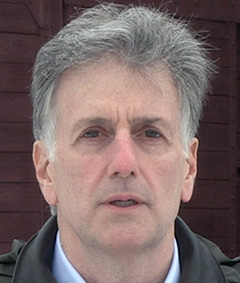 Paul Bachow is a writer, director, and producer. Before pursuing filmmaking, he managed a private equity investment firm. His debut documentary, A Journey into the Holocaust, was inspired by a trip visiting concentration camps in Poland.