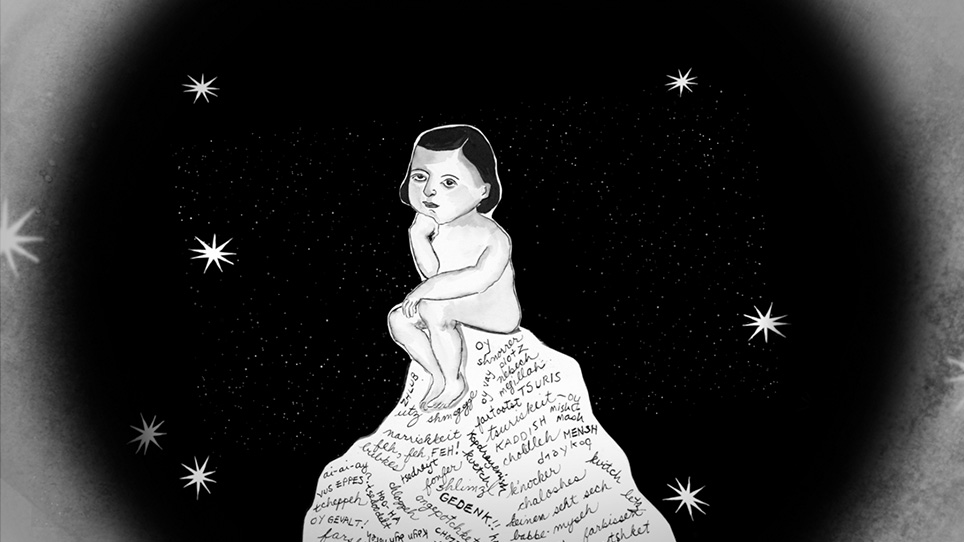 An incredible mix of drama, comedy, animation, and documentary complete a unique collection of short films that reveal an independent perspective on our culture and world. Featuring a brilliant array of new stories, viewpoints, and filmmaking talent, these films serve as a proving ground for young filmmakers to make their mark and for established filmmakers to take risks in story and style.

Inspired by drawings of Auschwitz prisoners, Audition depicts a young trumpet player trying out for the camp’s orchestra to improve his chances for survival. A firing squad decides whether he is admitted, while his father listens from a distance.

This beautiful and inventive animated adaptation of Bernice Eisenstein’s acclaimed illustrated memoir is a poignant and wry exploration of grief and resilience through the enduring quality of family bonds.

Nyosha is a 10-year-old Jewish girl who lives with her mother in Poland during World War II. She is an optimistic child, who has an innocent dream to purchase a pair of shiny black shoes. Through a range of incredible animation techniques, this short film beautifully conveys the true story of Holocaust survivor Nomi Kapel.

This delightful short looks into the popular game of paddle-ball that has swept across the beaches of Israel.

The harsh realities of the Holocaust are starkly dramatized through animation, puppets, and real actors’ eyes in this tense tale of an 8-year old Jewish boy living amidst the perils of the Warsaw Ghetto.

An adventurous meditation on past and present, on two former Konigsbergs—a man and a city that no longer use the same name: one Russian city which was renamed Kaliningrad, another a renowned film director who changed his name to Woody Allen.