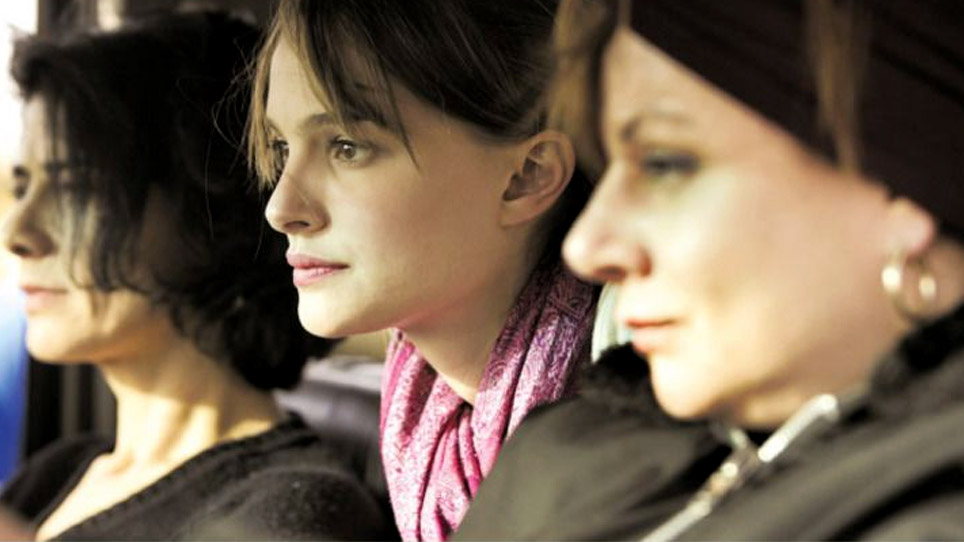 An ambitious film with both political and emotional agendas, Free Zone stars Natalie Portman as an American woman living in Jerusalem whose quest for adventure and escape leads to serious consequences. Rebecca (Portman), newly broken up with her fiancé, has a chance encounter with a cab driver named Hanna (played by Hanna Laslo, who won best actress at the Cannes Film Festival for her work in this film) finds Rebecca accompanying her to the Free Zone — a tax-free area in northeast Jordan — so Hanna can collect money from a businessman who owes her husband. Instead of finding the businessman, they encounter a mysterious Palestinian woman who joins them on their journey. Soon the relationship between them turns into an emotional solidarity that will affect each of their lives forever.