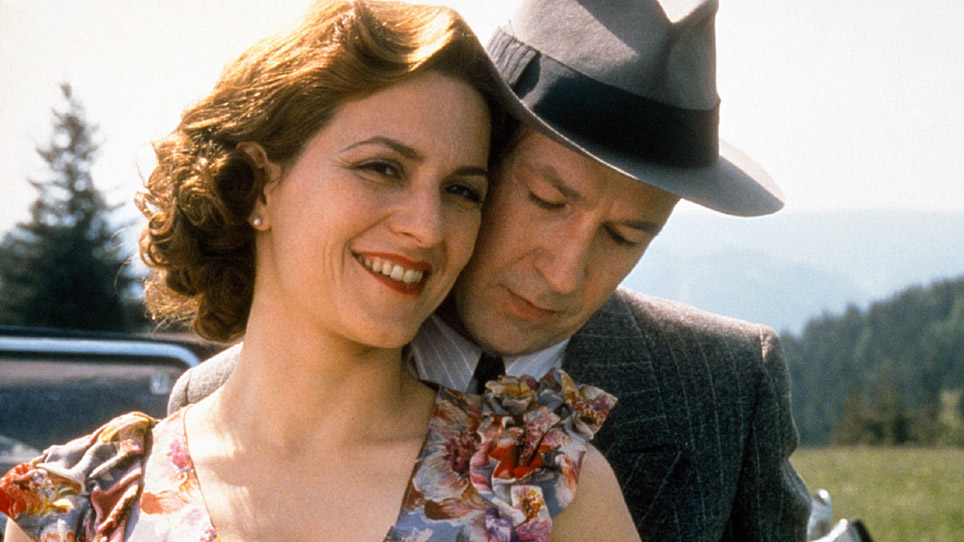 Viehjud Levi takes place in 1935 in a once-tranquil valley in the Black Forest, where Jewish cattle dealer Levi goes every year to do business. This year, he also wants to propose to Lisbeth Horger. But the valley seems to have changed. Workers from the National Railway are repairing damage in the train tunnel, and their presence has changed the spirit of the closed-off valley. The town hopes for an economic upswing, but the workers also introduce Nazi ideology. Farmer Horger will no longer sell his cattle to Jews. Swastika flags appear on the tables of the local pub. Someone slashes the tires of Levi's car. Nobody will defend Levi except Lisbeth, but the era does not favor their union. People are caught in the confrontation between the old and the new order; they end up doing things they don't really want to do. Thomas Strittmatter, author of the play on which the film is based, constructed the narrative from recollections of stories told by his family and neighbors about a Jewish cattle dealer, Levi.