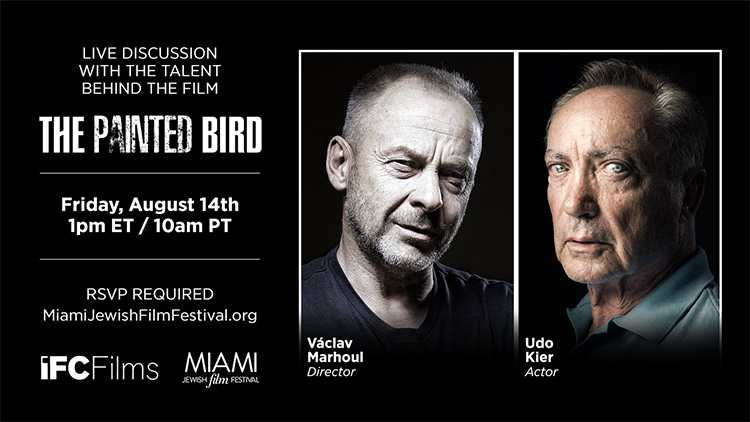 The Miami Jewish Film Festival is pleased to host an exclusive conversation with legendary actor Udo Kier and Academy Award-nominated filmmaker Václav Marhoul on Friday, August 14 at 1pm to support the release of their new film The Painted Bird, winner of the MJFF 2020 Critics Prize. The online event is free and open to the public but advanced RSVP is required.

In the wrenching, visually stunning Holocaust epic adapted from Jerzy Kosiński’s acclaimed novel, a young Jewish boy encounters the worst of humanity as he wanders across war-torn Eastern Europe. The Czech Republic’s official entry for the Academy Award for Best International Feature Film, this uncompromising film is not for the faint-hearted and features a star-studded cast including Harvey Keitel, Stellan Skarsgård, Barry Pepper, Julian Sands, and Udo Kier.

This special event is made possible with the support of IFC Films and Mean Streets Management.