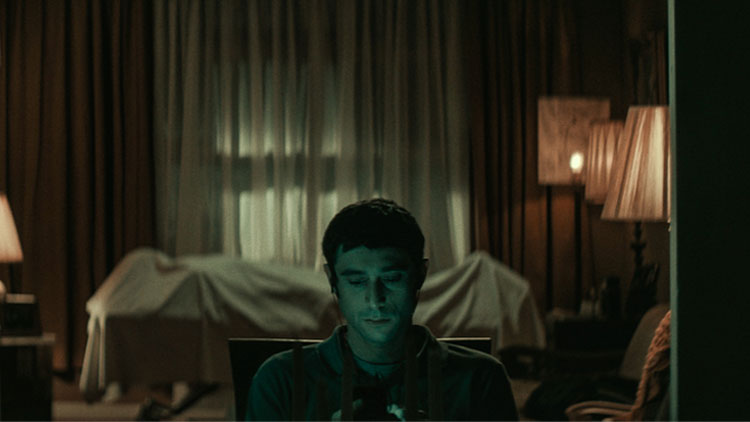 Just in time for the spooky season, the Miami Jewish Film Festival is partnering with Popcorn Frights, the largest genre film event in Southeast US, for a special virtual presentation celebrating the Florida Premiere of The Vigil, the internationally acclaimed film from Blumhouse Production, the renowned production company behind the Oscar-winners Get Out, BlacKkKlansman, and the blockbuster sensation Halloween.

The Vigil is set in the Hasidic community of Boro Park, Brooklyn, and centers on a young man, short on both faith and funds, who reluctantly agrees to assume the responsibility of an overnight shomer and fulfill the Jewish practice of watching over the body of a deceased member of the Orthodox community. With only the company of the recently departed and an ailing widow who expresses cryptic reservations as to the man's ability to carry out the task, he soon finds himself exposed to a terrifying haunting within the confines of a home that has become host to a malevolent entity. Throughout this uncanny night, his vigil gradually transforms into a harrowing spiritual investigation of both his cursed surroundings and his past.