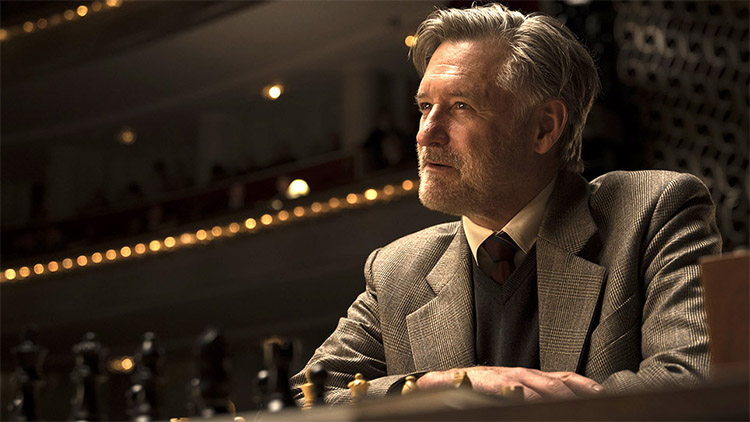 In this stylish edge-of-your-seat spy thriller, Bill Pullman stars as a forgotten former US chess champion who is sucked into the world of espionage and conflict between the world's superpowers when he is forced to play in a major international chess match in Warsaw against a Russian champion.