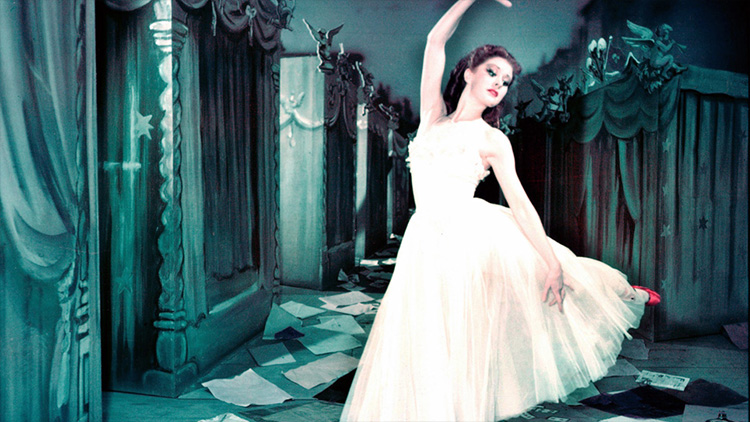 The Red Shoes, the singular fantasia from Michael Powell and Emeric Pressburger, is cinema’s quintessential backstage drama, as well as one of the most glorious Technicolor feasts ever concocted for the screen. Moira Shearer is a rising star ballerina torn between an idealistic composer and a ruthless impresario intent on perfection. Featuring outstanding performances, blazingly beautiful cinematography by Jack Cardiff, Oscar-winning sets and music, and an unforgettable, hallucinatory central dance sequence, this beloved classic, now dazzlingly restored, stands as an enthralling tribute to the life of the artist.